The Refugio Share House in Berlin-Neukölln is a model project of the Berlin City Mission (Berliner Stadtmission). Since July 2015, more than 40 people who have lost or had to leave their homeland, or who are looking for new communities, live and work together in an active community on five floors in a beautiful, hundred-year-old house in Neukölln. Sauerbruch Hutton have already supported this inspiring project by donating the prize money that they had received in 2015 for the German Architecture Award for the Immanuel Church in Cologne.

The Refugio is not a refugee home in the narrow sense of a dormitory, but a holistically oriented temporary living and working community. With its concept of integration at eye level, the community house should also become a model for similar houses. The basic idea has now been taken up several times by others. The Refugio Berlin is also the Stadtmission’s house for coworking, training and networking and was awarded as a social enterprise.

In 2017 Sauerbruch Hutton carried out the renovation and fit-out of the former assembly hall for Refugio’s various events such as concerts, language and dancing classes, dinners or external symposia. A favourite feature are the eight chandeliers that Sauerbruch Hutton designed, developed and produced together with Zumtobel as well as other sponsors. 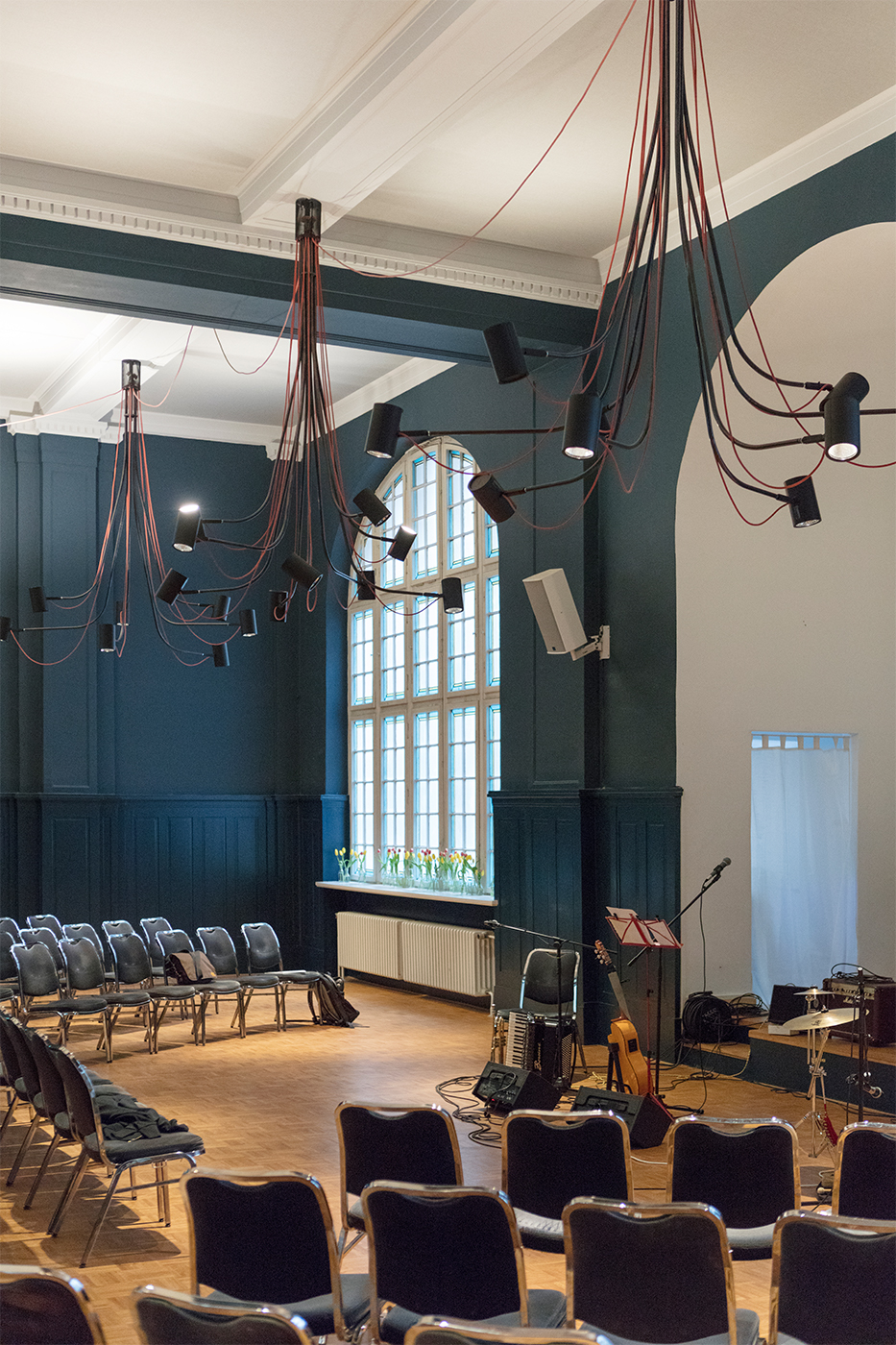