This project initiates the transformation of a former harbour area in the south of Stockholm into the new ecological district of Hammarby Sjöstad.

Situated along the western edge of the redevelopment area, south of the bridges over Hammarby canal and beside a major road into Stockholm, the ensemble comprises a tower and a low-rise building with heights of 100 and 25 metres respectively. Together, these two distinct volumes reconcile the divergent scales and conditions of the context, at the interface between the wide arterial road and a narrow park to the west and, to the east, the new city district that lies some 16 metres lower. Between the two buildings, a sweeping flight of steps extends the local pedestrian network to provide an additional route to and from the nearby underground railway station and the new housing area by the water.

The emblematic geometry of the tower – a conical star that gradually extends its perimeter as it rises into the sky – minimises its footprint on this limited site while providing flexible office space that benefits from long-distance views and an abundance of daylight. On the two different ground levels the high rise houses commercial units while a restaurant and sky bar on the top level offer spectacular views of the city.

The façade of the tower presents a striking chromotope, which gives identity to the new district and provides a landmark for orientation, in keeping with the building’s name: Stockholm One. 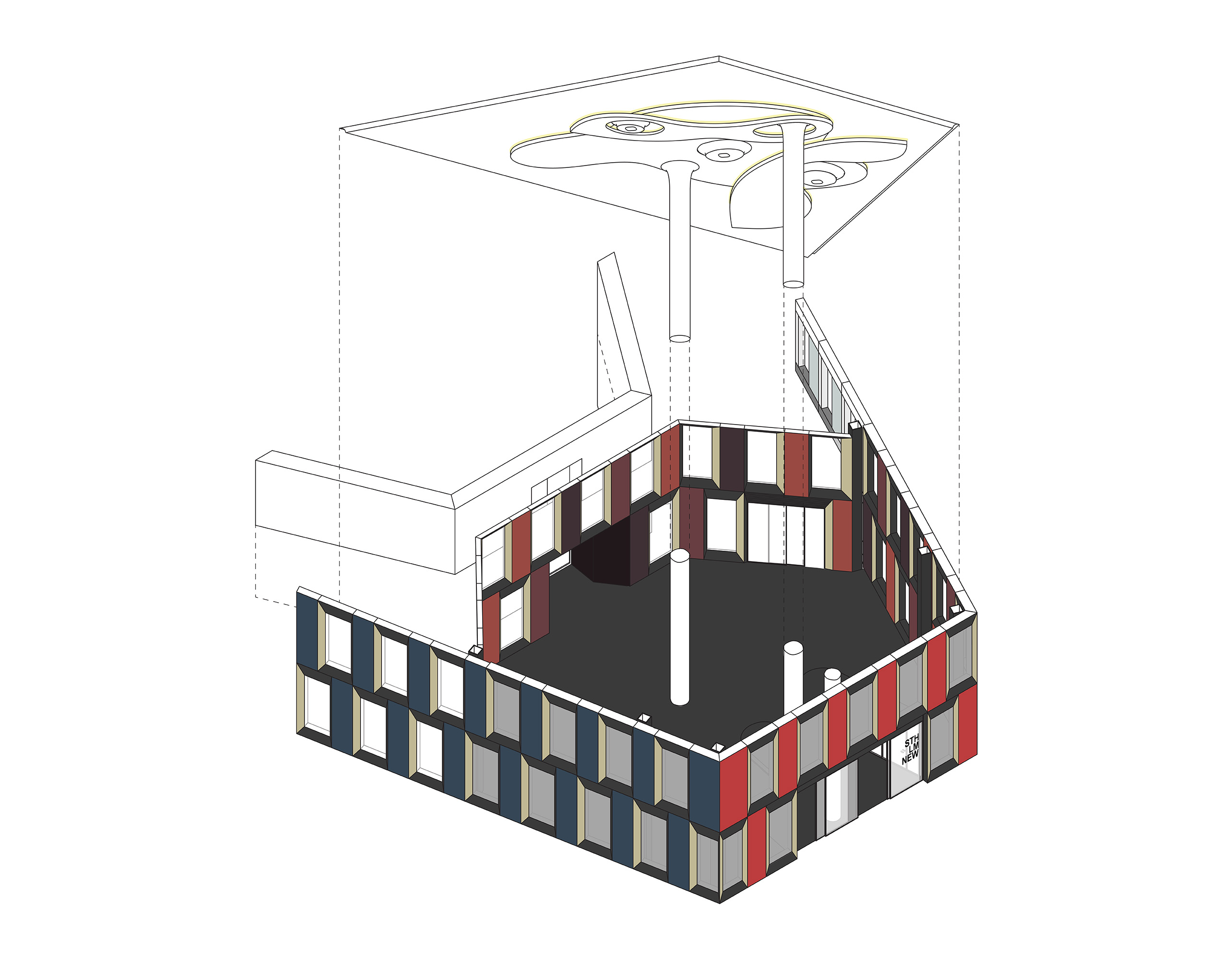 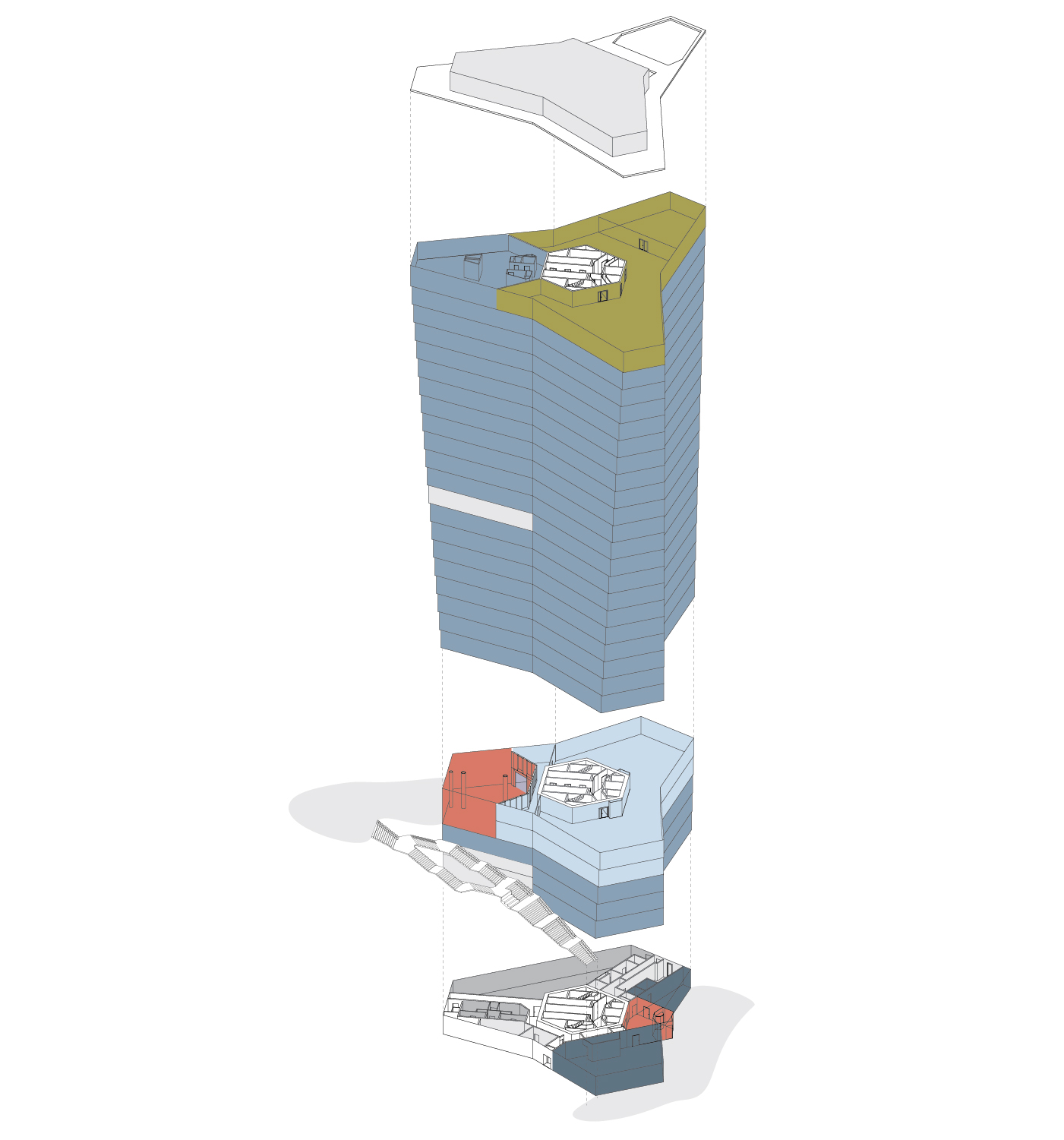