Over the last decade, the former Renault factory site in Boulogne-Billancourt has been redeveloped into a high-end residential and commercial neighbourhood. Our Kinetik office building forms part of a mixed-use block, defined in the master plan, together with two apartment buildings, sheltered housing for the handicapped and a Catholic church and community centre.

The building’s northern façade is gently curved and pulls back above the ground floor to expand the space of the courtyard, which is tightly enclosed by the neighbouring structures. In contrast, the southern façade fronts onto a generous new park and offers views over the last surviving listed Renault building and across the greenery to the River Seine and the Meudon hills beyond.

The southern and western façades employ the principle of kinetic polychromy to give two very different experiences of the building, depending on the observer’s angle of view and direction of movement: in the elevation seen frontally across the park from the Seine bridge, horizontal banding in graded shades of red appears to dominate the façade; but as one comes closer, or moves to the side, this image becomes increasingly overlaid by a vertically composed colour space of blue and grey tones. One experiences a building-scaled sculpture with perceptual ambiguity – an oscillating image that changes cinematically as the passer-by moves in relation to the building. 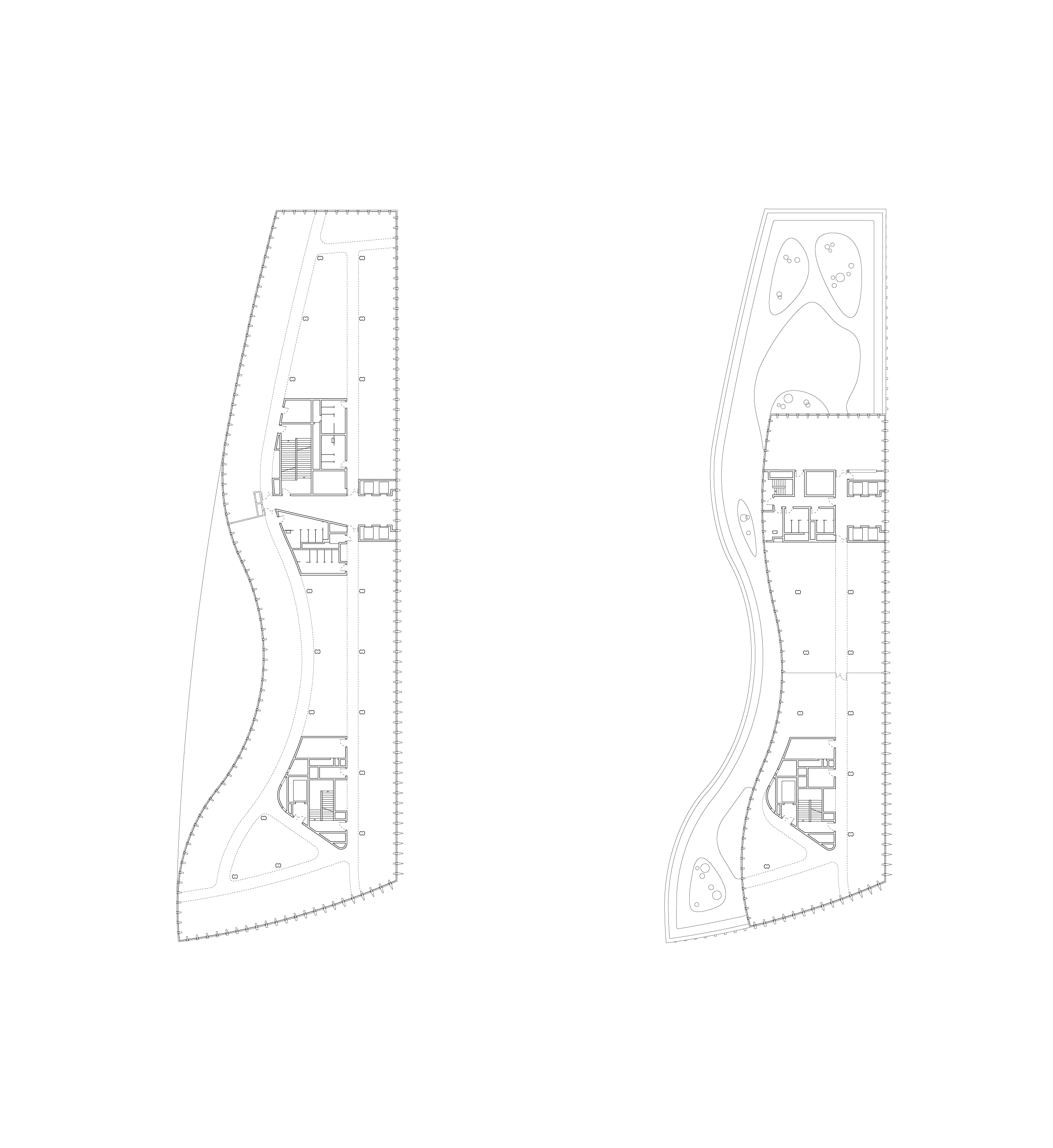 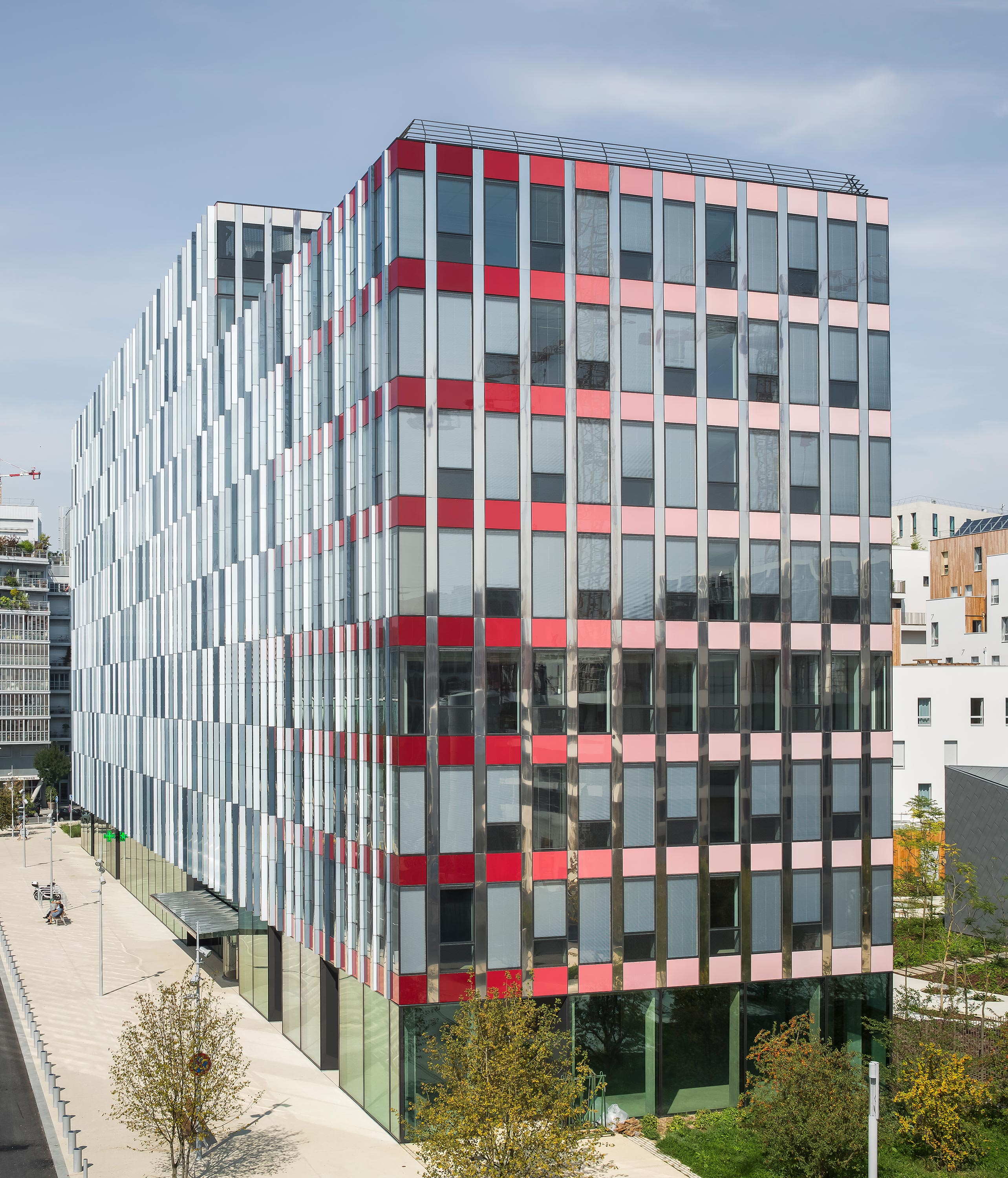 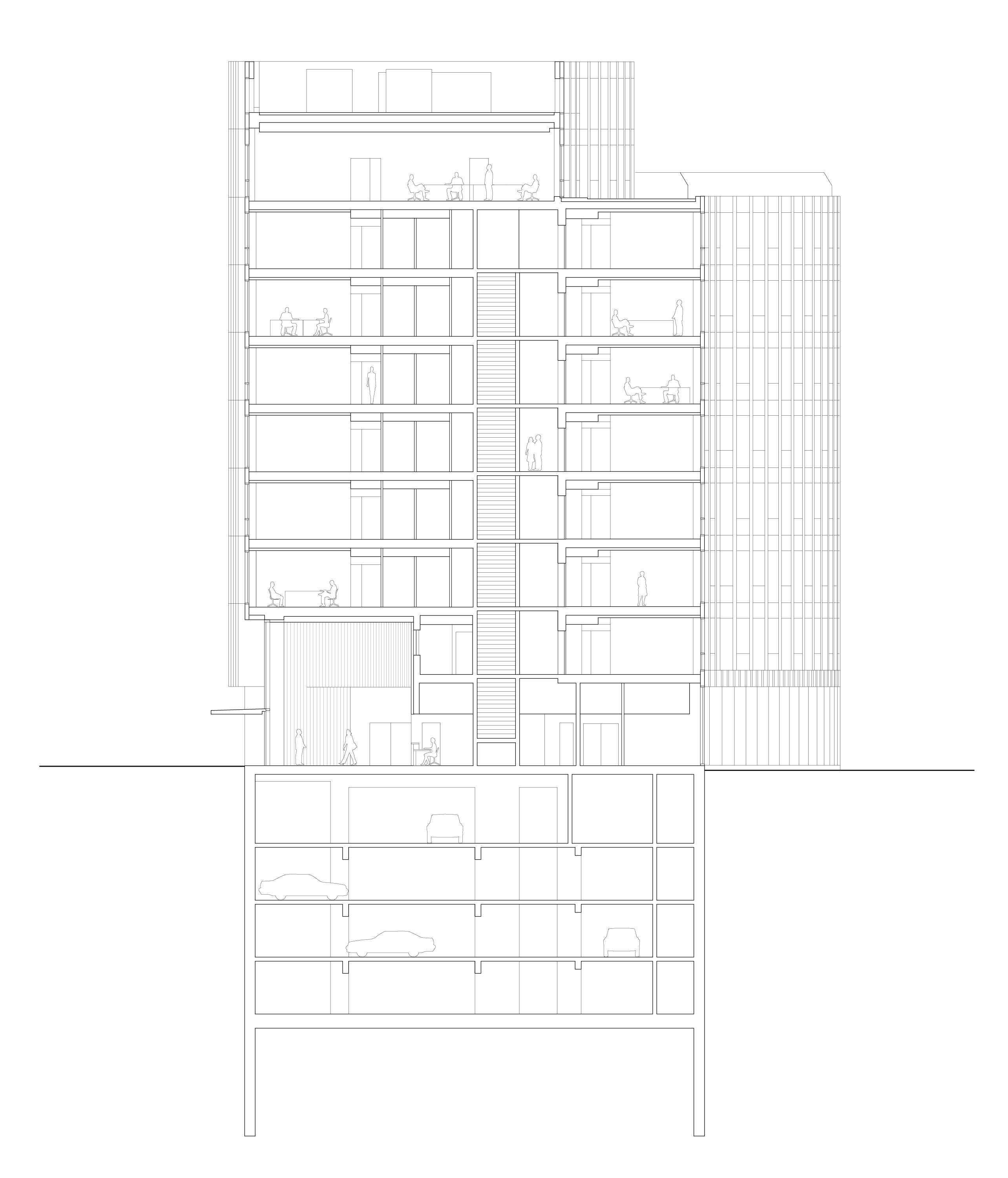 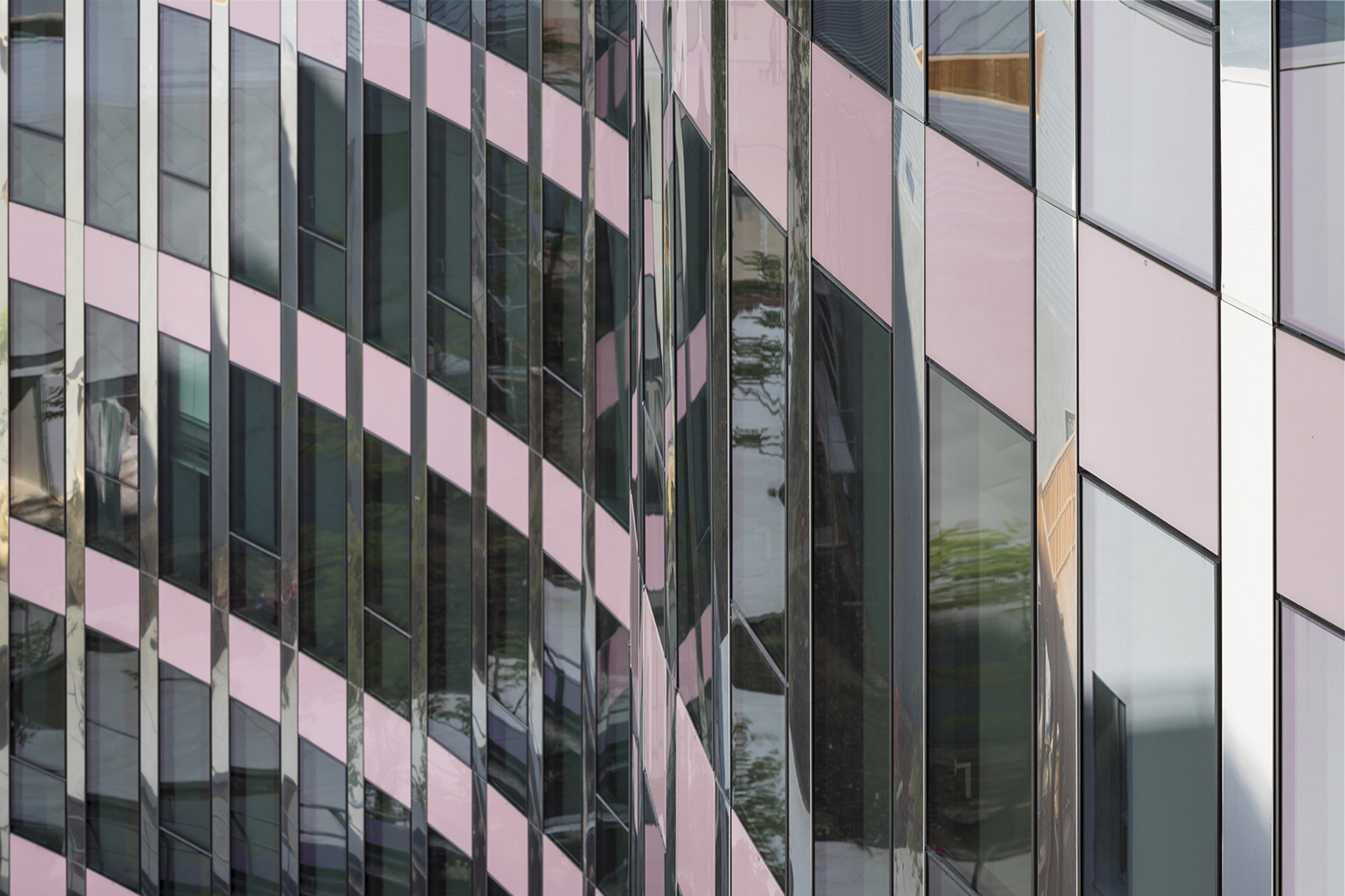 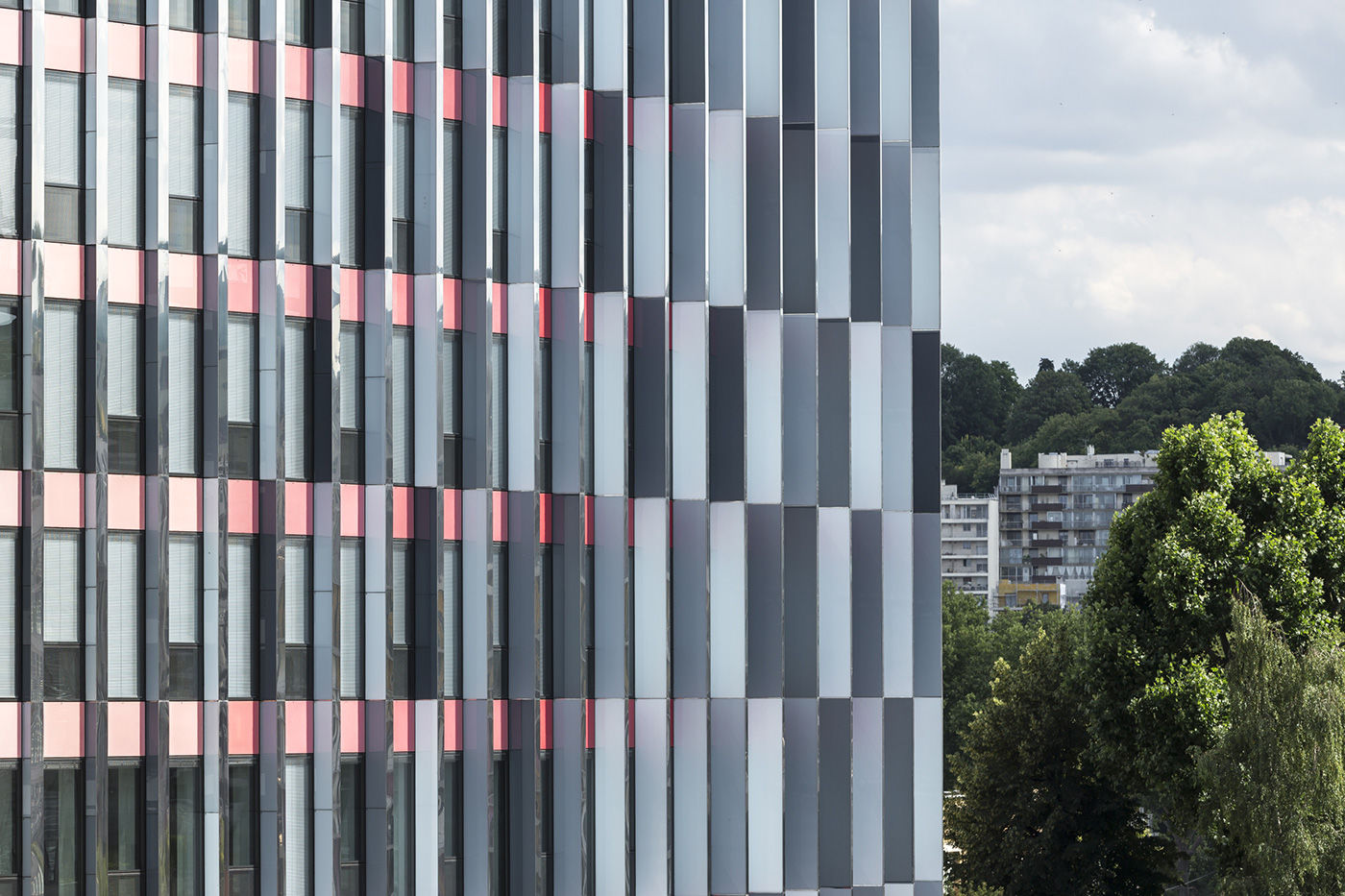 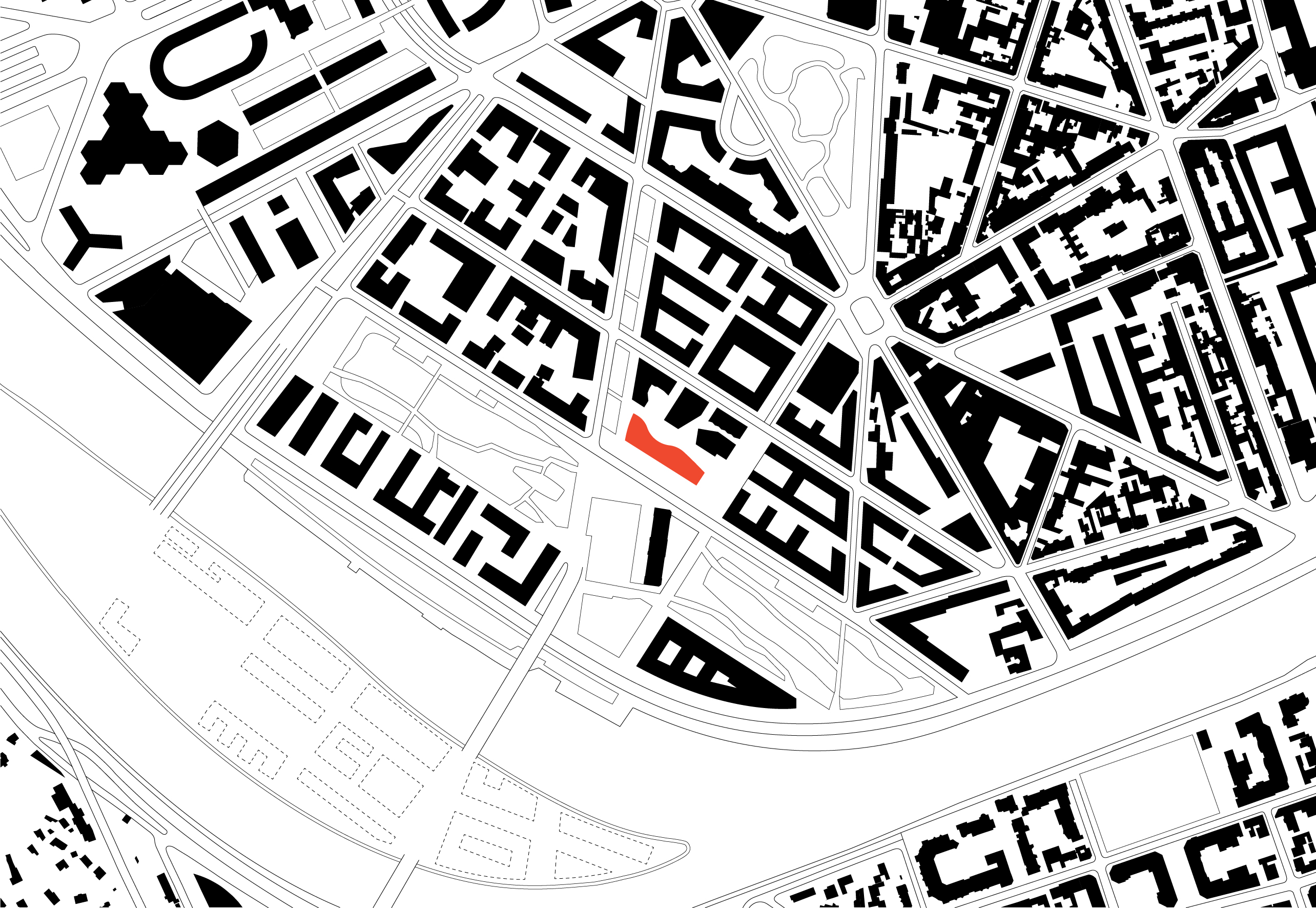