The ‘Fluentum’ rooms are located in part of a building complex on Clayallee in the Berlin district of Dahlem, which was designed by the architects Fritz Fuß and Ernst Sagebiel between 1935 and 1938 as the headquarters of Luftgaukommando III (German Air Force Command III). In 1945 the premises were commandeered by the U.S. military governor General Lucius D. Clay, for use as the Berlin Headquarters of the United States Armed Forces. Although at the time of its requisitioning this representative building of the Nazi government underwent a thorough ‘denazification’ process, its provenance today remains quite obvious. In view of such a historical – and aesthetic – burden a classical approach to restoration or reconstruction was not applicable for the task of converting the interiors into a private museum for video art.

Instead, the various rooms were essentially preserved in their state as found, but reduced to their basic structure. The demonstrative materiality of the entrance spaces given by the black Lahn marble has been juxtaposed against an exposed ceiling structure in raw load-bearing concrete. This effectively belies the stone’s massive monumentality – in particular when seen in counterpoint to the video works that are projected here on large screens. The effect of this intervention is also perceived as a ‘deceleration’ of the space. Instead of a suspended plaster ceiling that previously had emphasised the longitudinal direction, now the spatial impression is characterised by concrete beams that span transversely.

In a similar way, subtle measures were undertaken elsewhere to counteract the expression and symbolism of Nazi architecture. For example, the reception hall on the upper floor has remained unchanged in its spatial configuration, however when its worn-out parquet flooring was renewed, a 30 percent larger grid was chosen. This move makes the hall appear significantly smaller; its formerly awe-inspiring scale has been broken and the space has been reduced to a more human scale.

The new use obviously demanded the addition of new pieces of furniture that have been placed freely in the various spaces. The aesthetics and materiality of these counter the existing fabric with a clearly individual, contemporary attitude of understatement. The effort neither to dramatise nor exaggerate runs through the entire project in a design approach that is as simple and restrained as possible.

The U.S. Military Government had attempted to dispel the spirits of the past in these spaces through golden wall inscriptions of well-intended quotations about freedom and democracy. These wall inscriptions represent part of the history of the house and were restored. The architecture of Fluentum subversively opens up a diverse world of perception and meaning that complements the various narratives of art with its own layered histories. 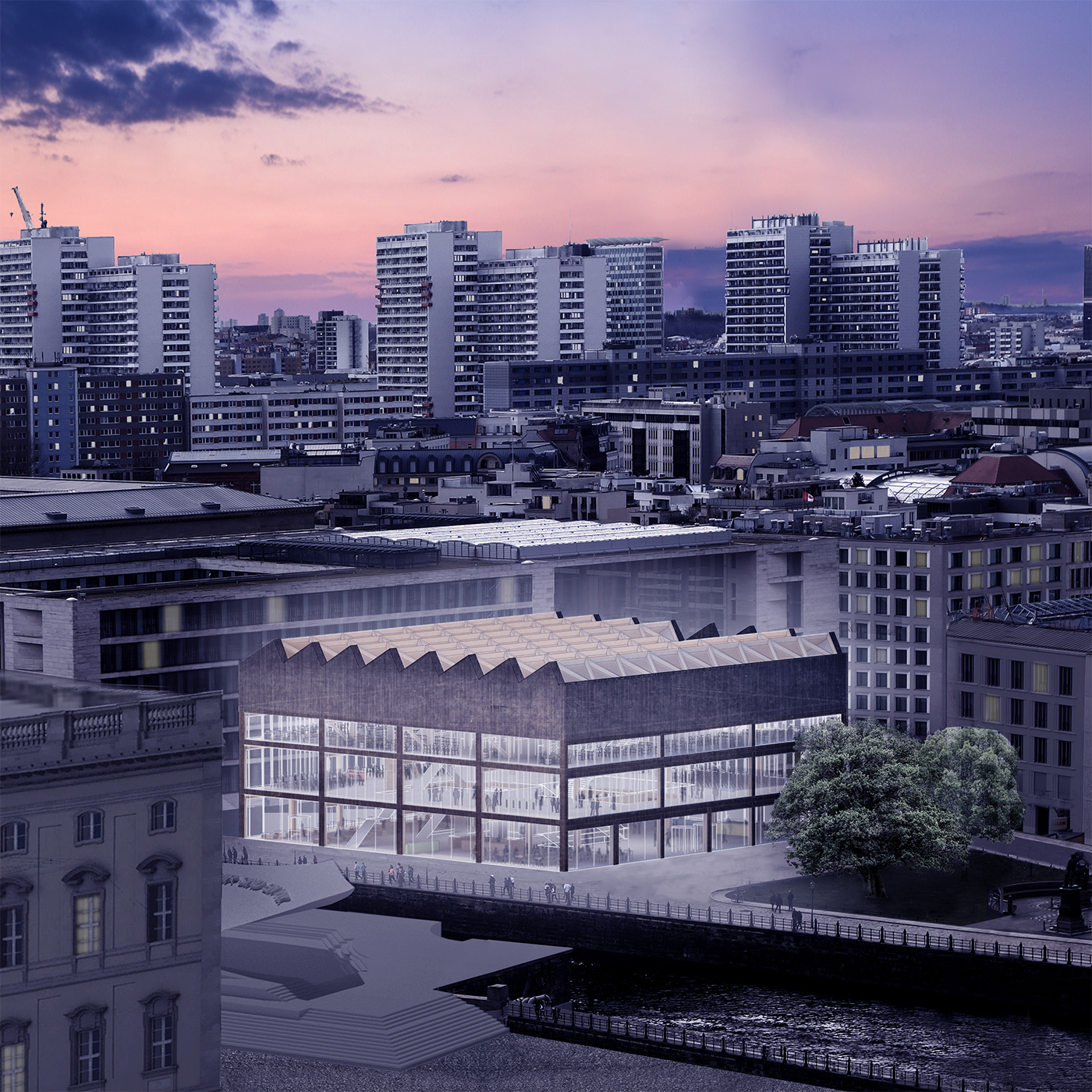 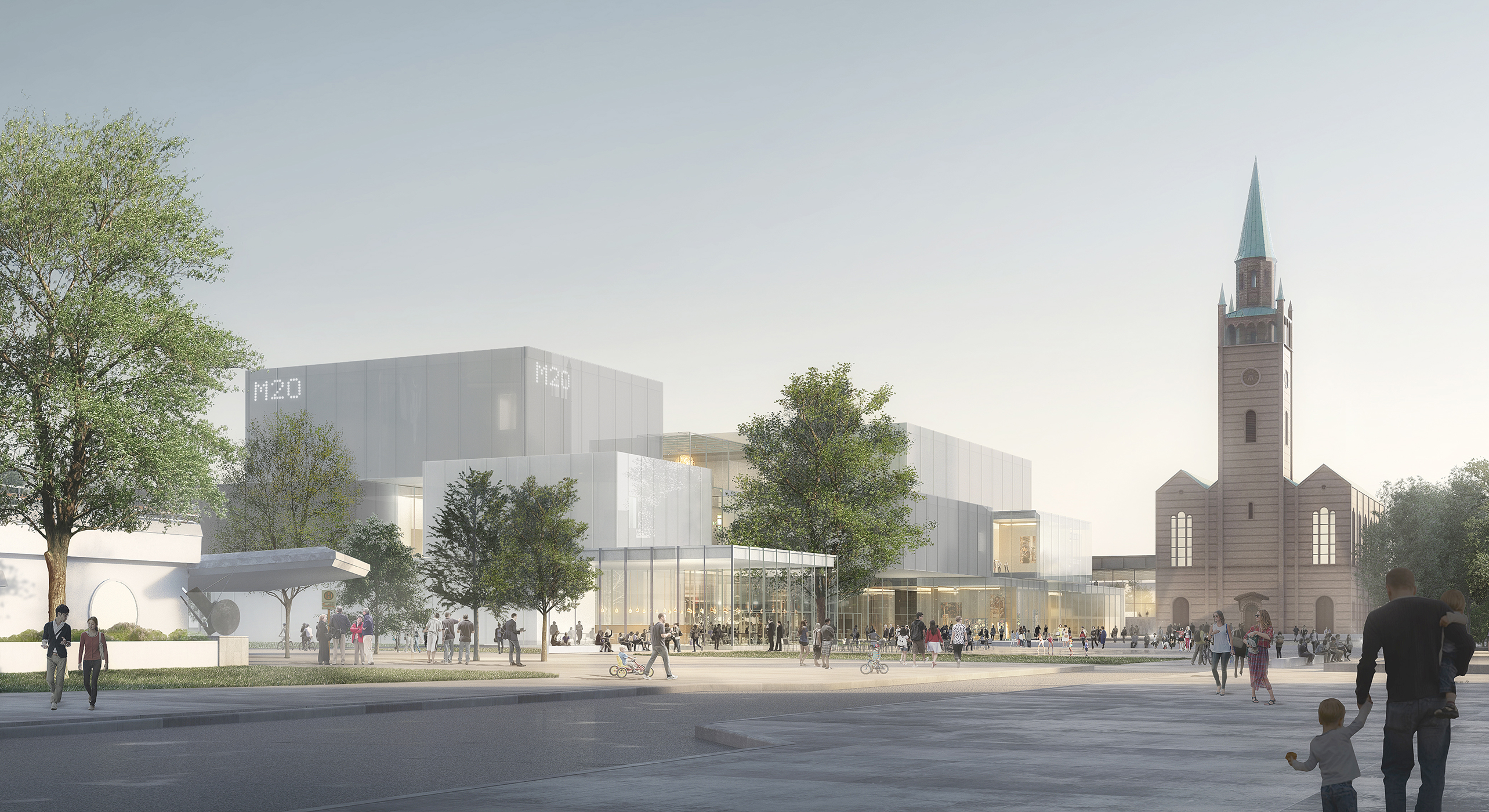 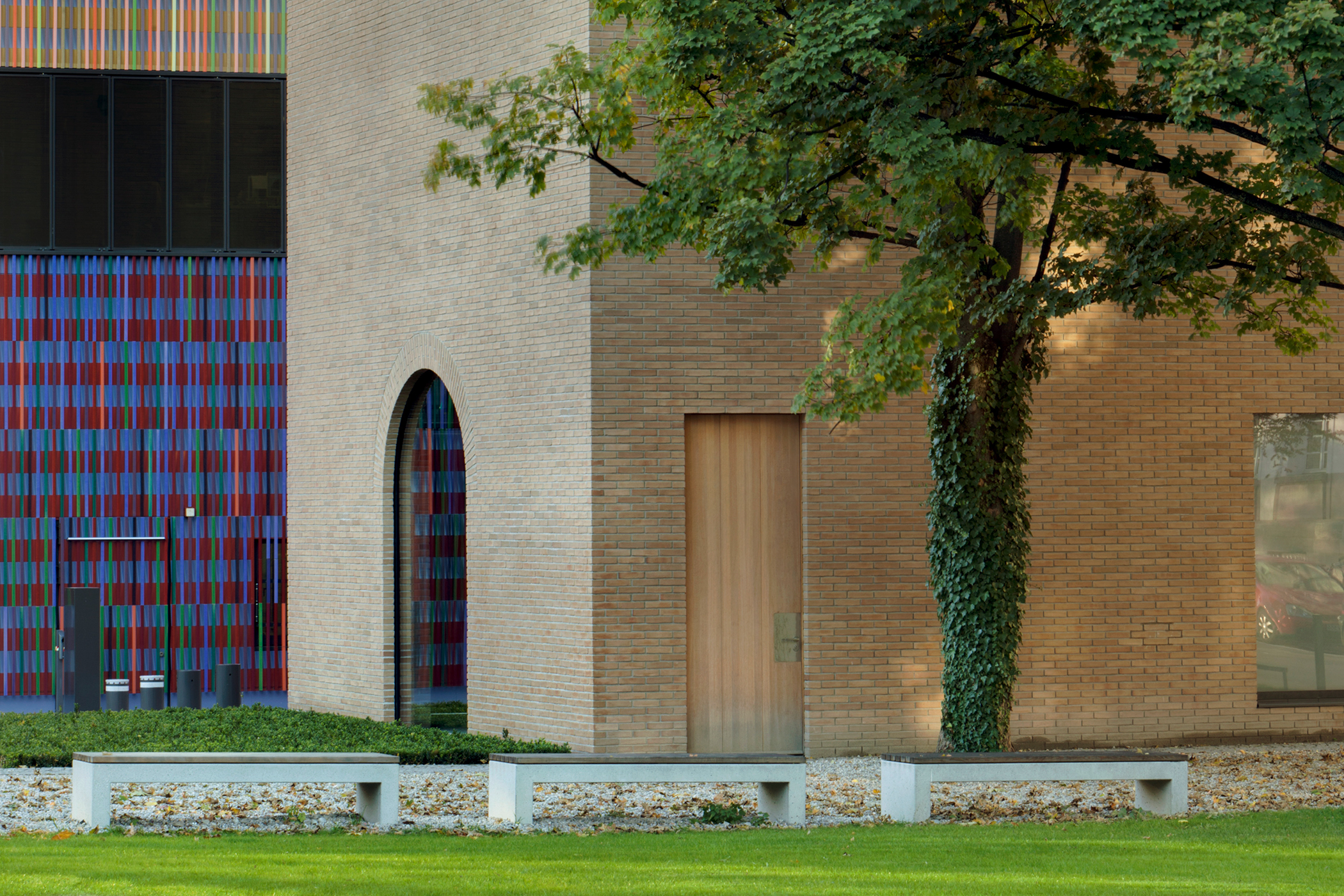