This office building is part of the Claude Bernard urban renewal project for a former hospital campus in the north-east of Paris. The rather narrow site alongside the périphérique ring road has been redeveloped in a coordinated scheme that includes residential apartments, a school and three office blocks. These three taller buildings are placed along the busy ring road so as to shield the rest of the site from traffic noise.

The Claude Bernard office building responds to its prominent corner plot next to the Saint-Denis canal by differentiating the volume into a two-storey base and a six-storey main block that rests above it on pilotis. A gently sloping front garden leads down from Boulevard MacDonald to the entrance foyer, which borders a linear park alongside the road at canal level.

One of the main tasks of the smart skin is to provide acoustic insulation in addition to solar screening. The integrated services concept uses renewable energy sources and a local district-cooling network.

The use of colour in the façade develops an interplay between structure and texture to create a striking presence in the cityscape. The irregularly offset ‘folds’ in the building’s external skin reflect the various scales of its surroundings: the smaller-scale residential development to the south and the broad city highway to the north. 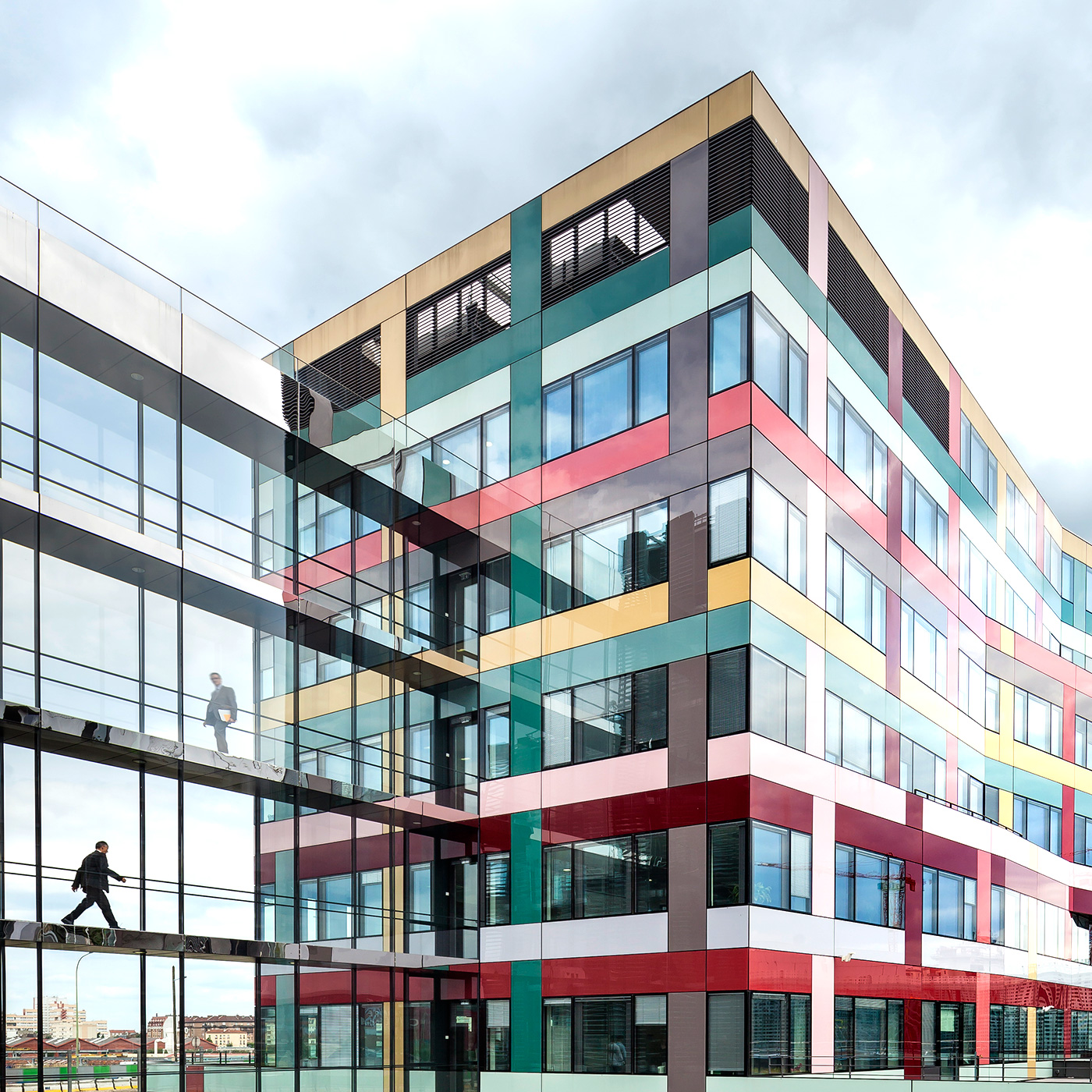 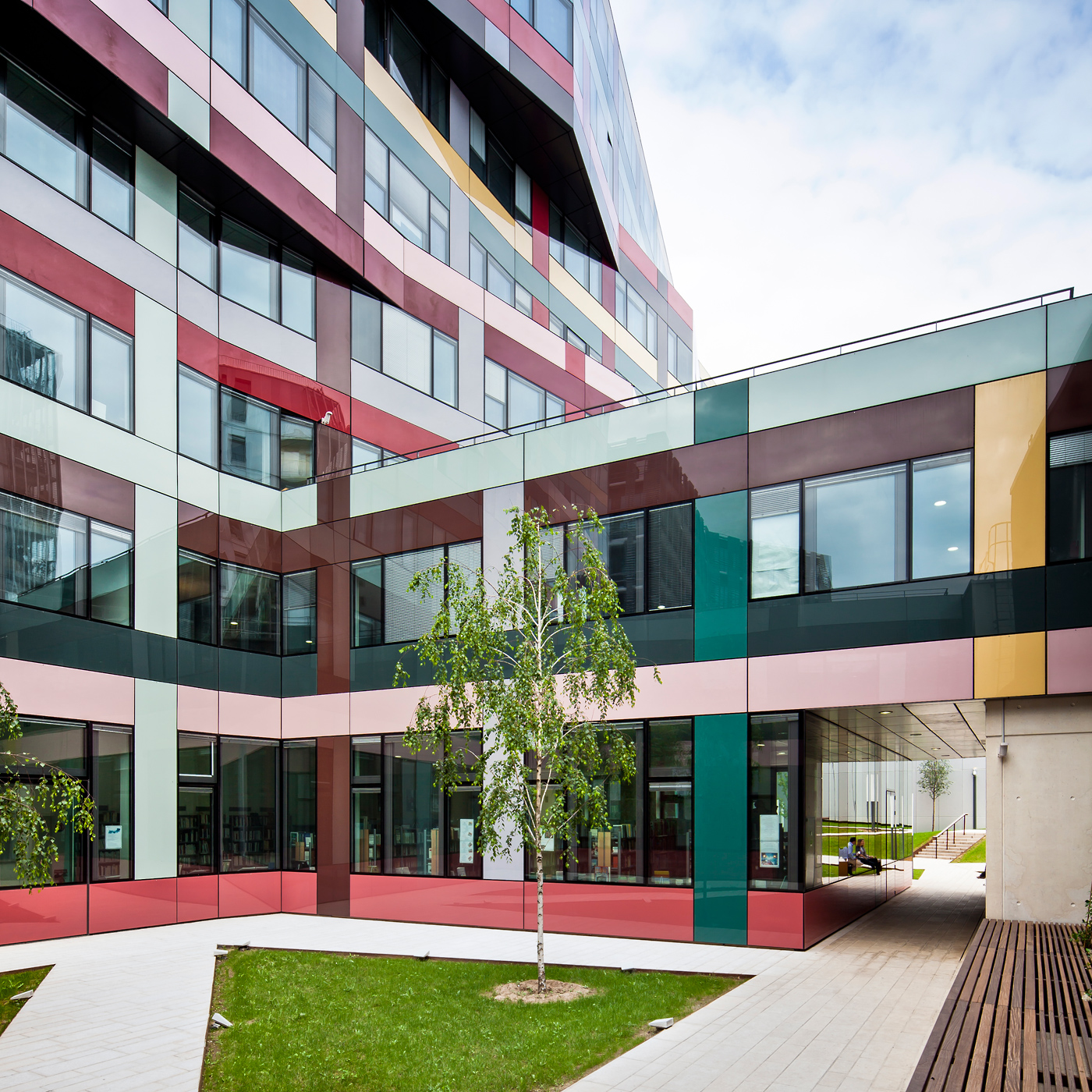