The liturgical objects and most of the furnishings that stand in Immanuel Church today come from one of the constituent halves of the newly merged Brückenschlag parish. The bells, the organ, the baptismal font, the altar and the pulpit were all housed in the church building that was closed and sold in order to release funds for construction of the new church. This legacy lacked some items, however, so new pieces were designed for the Immanuel Church. Candle­holders made of steel and a Bible stand made of wood and steel were created with the simplest possible aesthetic, in keeping with the character of the church’s interior.

The symbolism of the altar cross is interpreted through its construction. A steel staff on a tripod ends in a small steel cross that holds together the vertical and horizontal elements of the larger wooden cross. As its stand is barely visible, the cross appears to float above the altar, in view of the entire congregation.

Like the interior itself, the explanation of this little sculpture in terms of plain construction is also open to symbolic interpretation: the cross, epitomising the Passion of Christ, holds together the fundamentals of worldly existence, resolving their contradictions and freeing them from their loads. 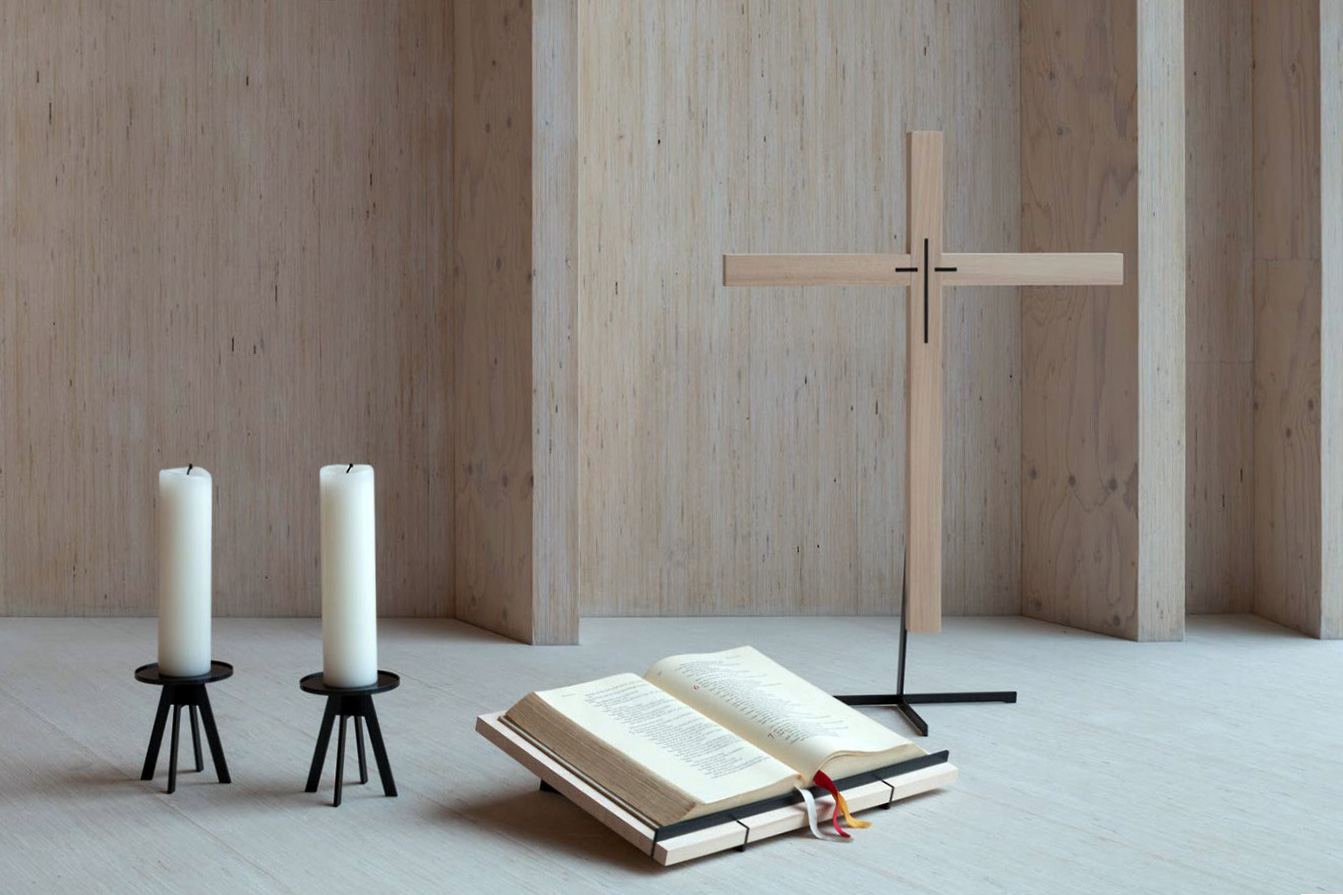 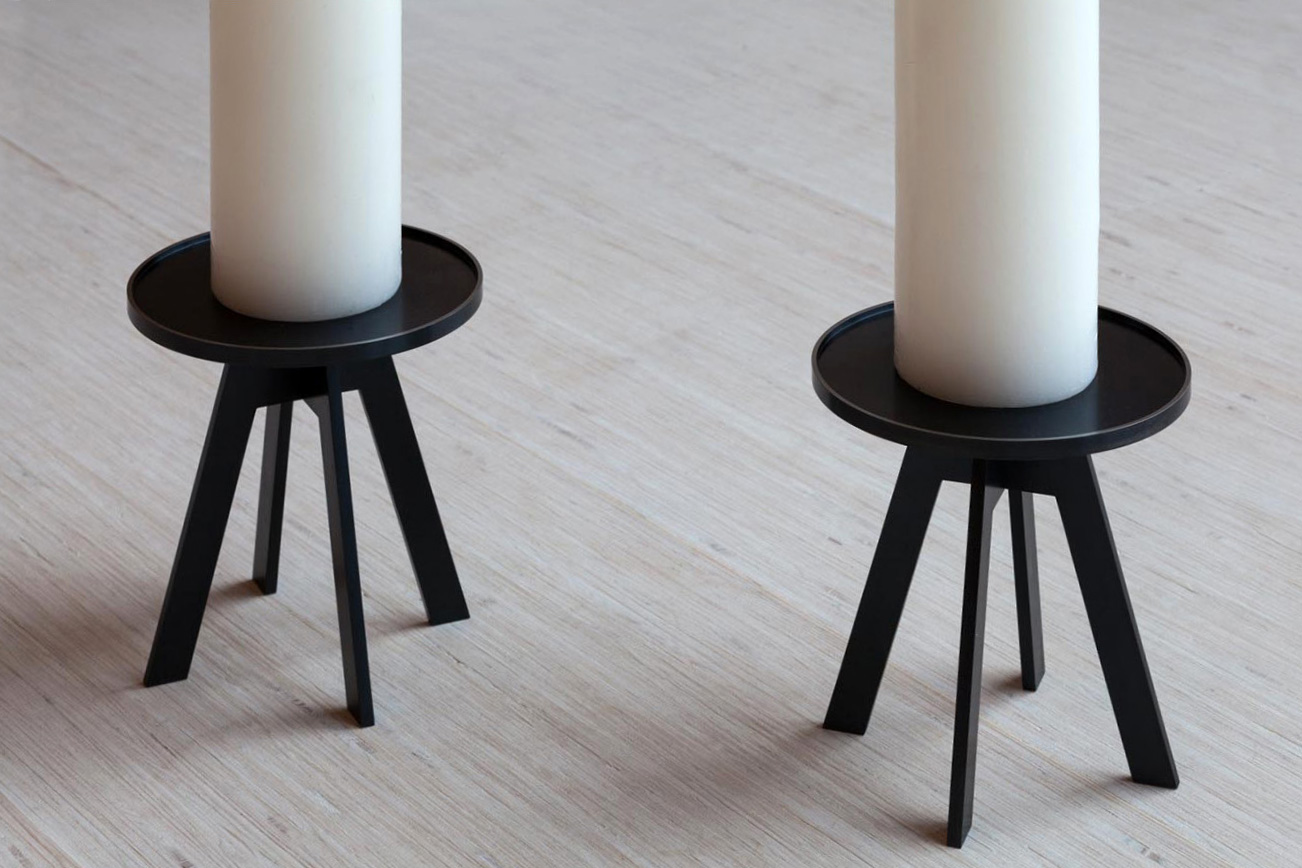 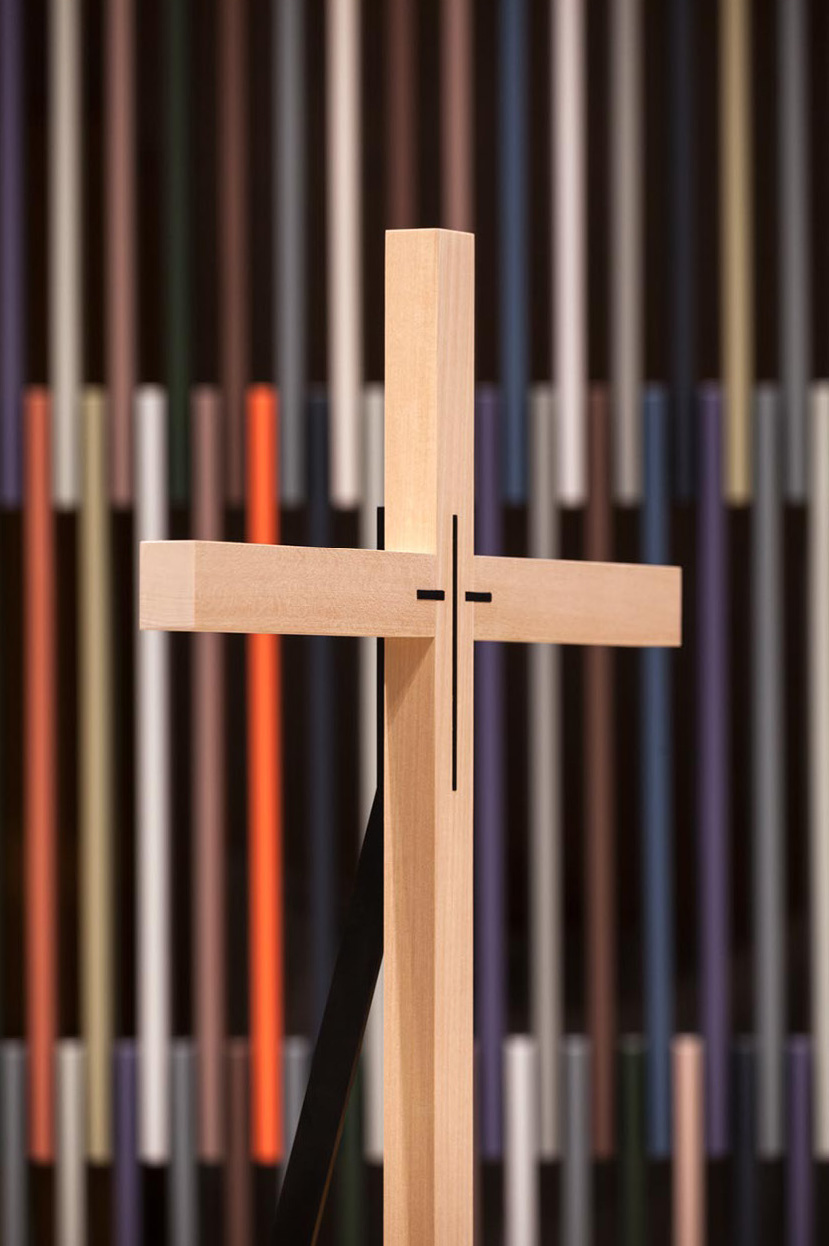 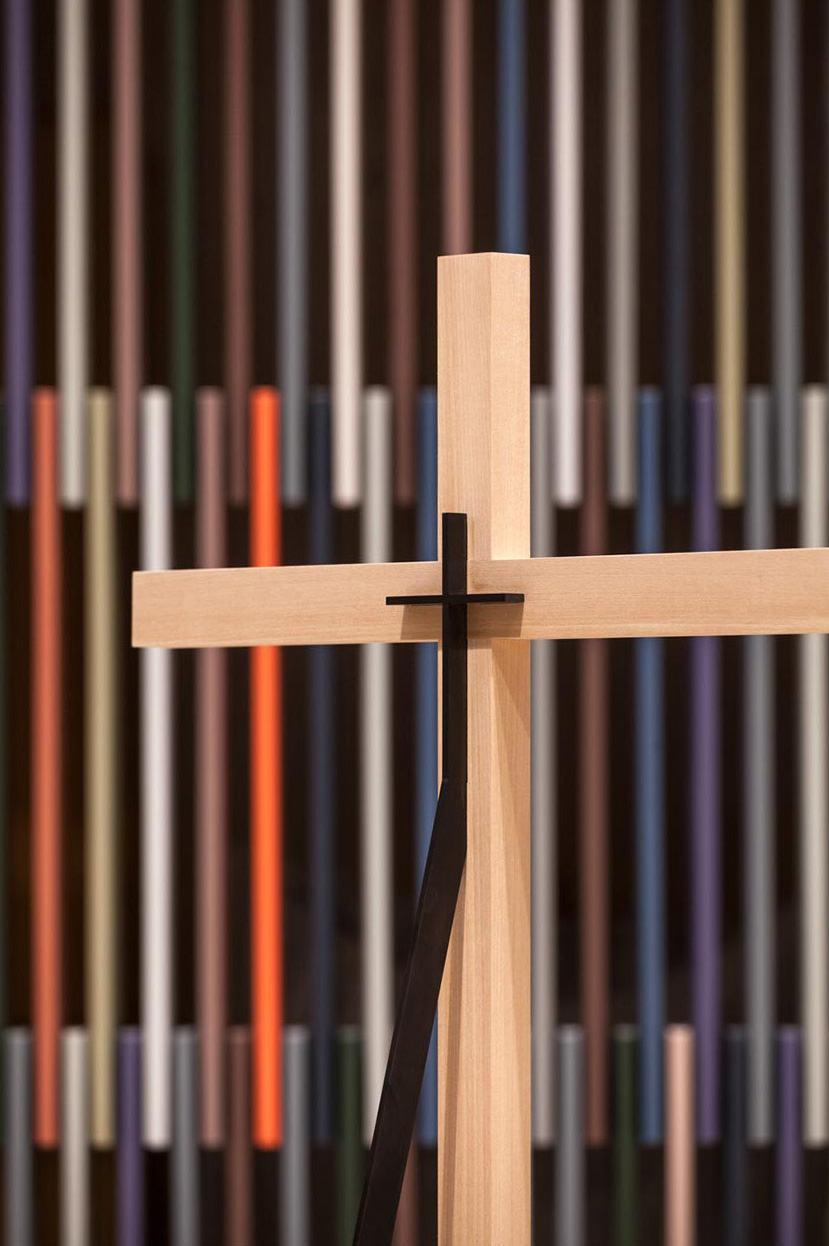 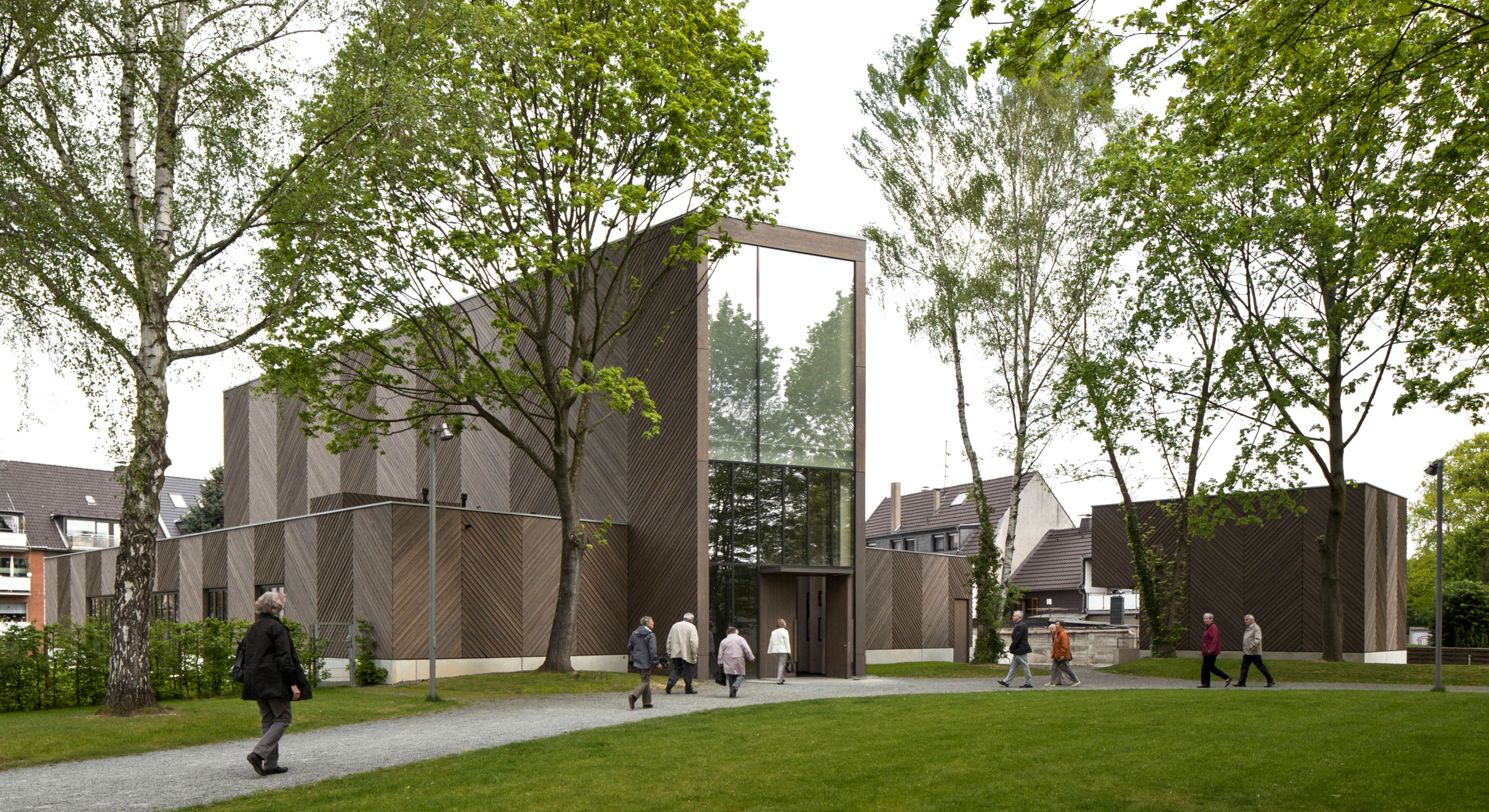 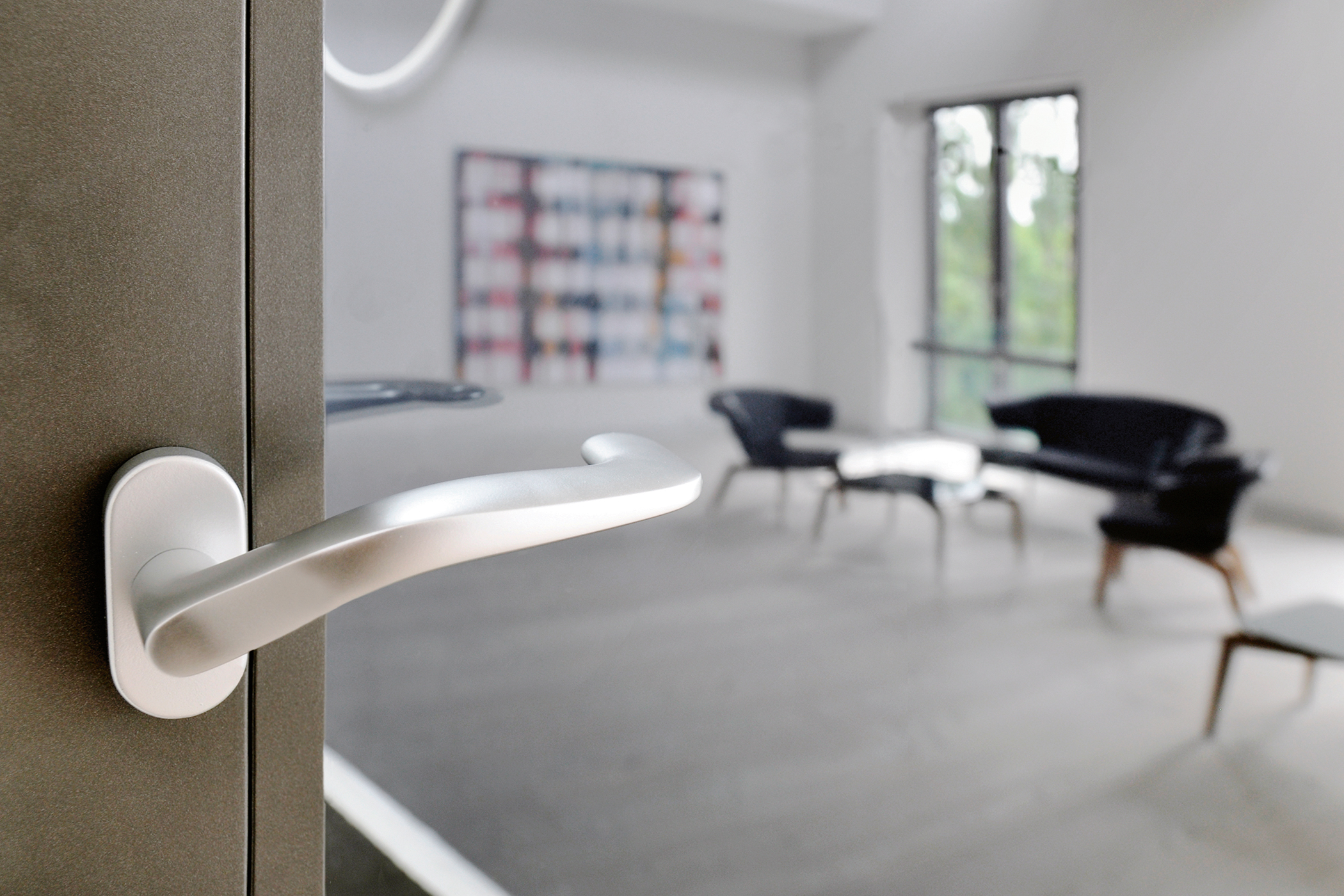 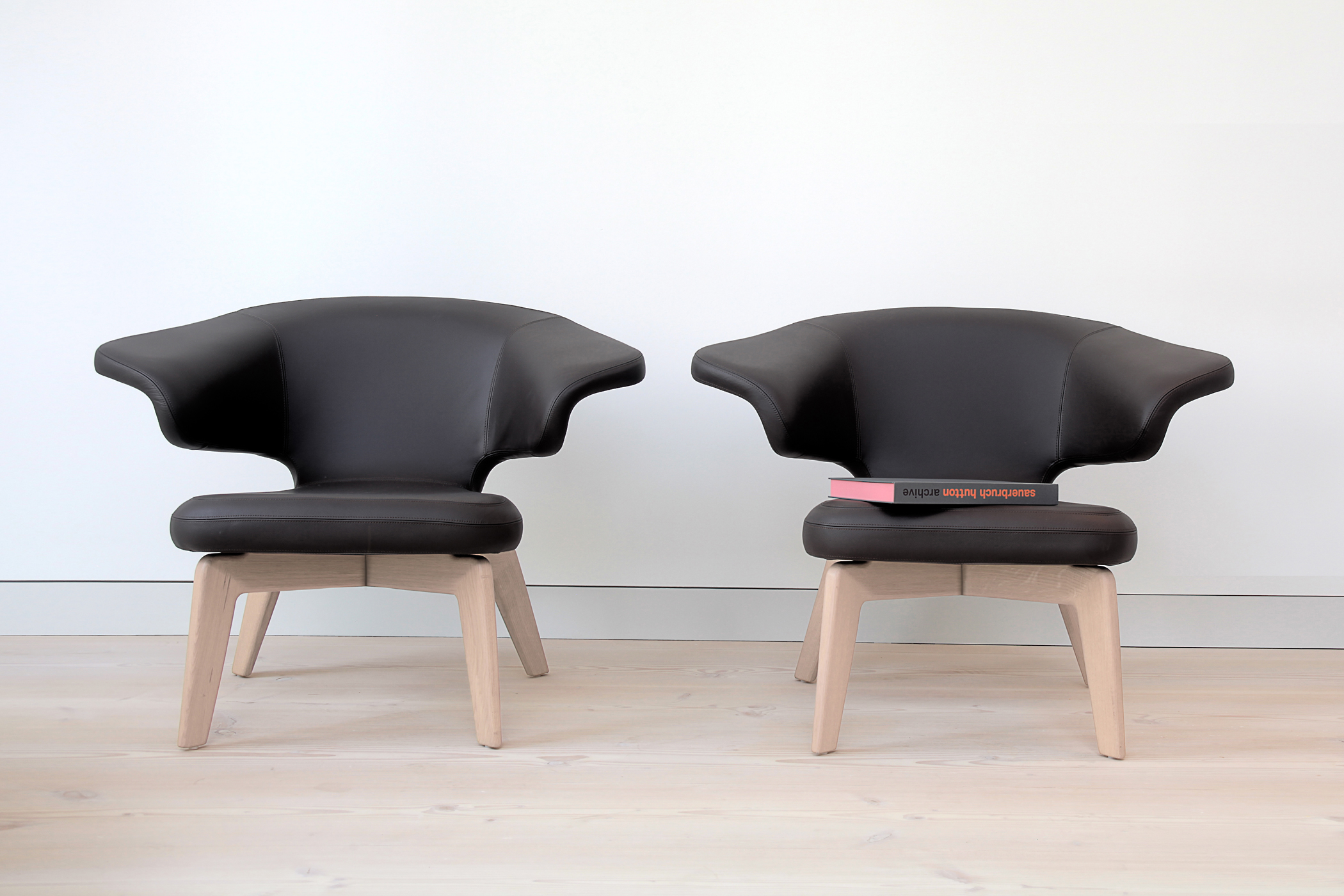