The new faculty building for the University of Potsdam at Griebnitzsee demonstrates the sensitive integration of a relatively large volume into a heterogeneous campus environment. Inserted on a highly constrained site between the university’s main institutions and some student residence halls, its design reveals a balancing act between an independent sculptural identity and a careful response to the surrounding spaces.

The three gently angled wings of the new building taper on plan, while the roofline falls from five storeys at the centre of the ‘T’ to approximately the heights of the neighbouring structures to the north, west and south. The building presents a subtly different character on each side: to the north-west, the wings frame an old forge and enhance the approach from the local railway station; to the south, they define a wooded garden, while to the east they spread out to provide a backdrop of sufficient scale for the extensive open space towards the opposing campus buildings.

The façades are similarly differentiated in terms of their colours, which have been chosen to form a background that contrasts with the foreground in each case, be it a historical building or lush vegetation. The overall result is an interplay of sculptural volume and two-dimensionally defined, independent colour spaces. 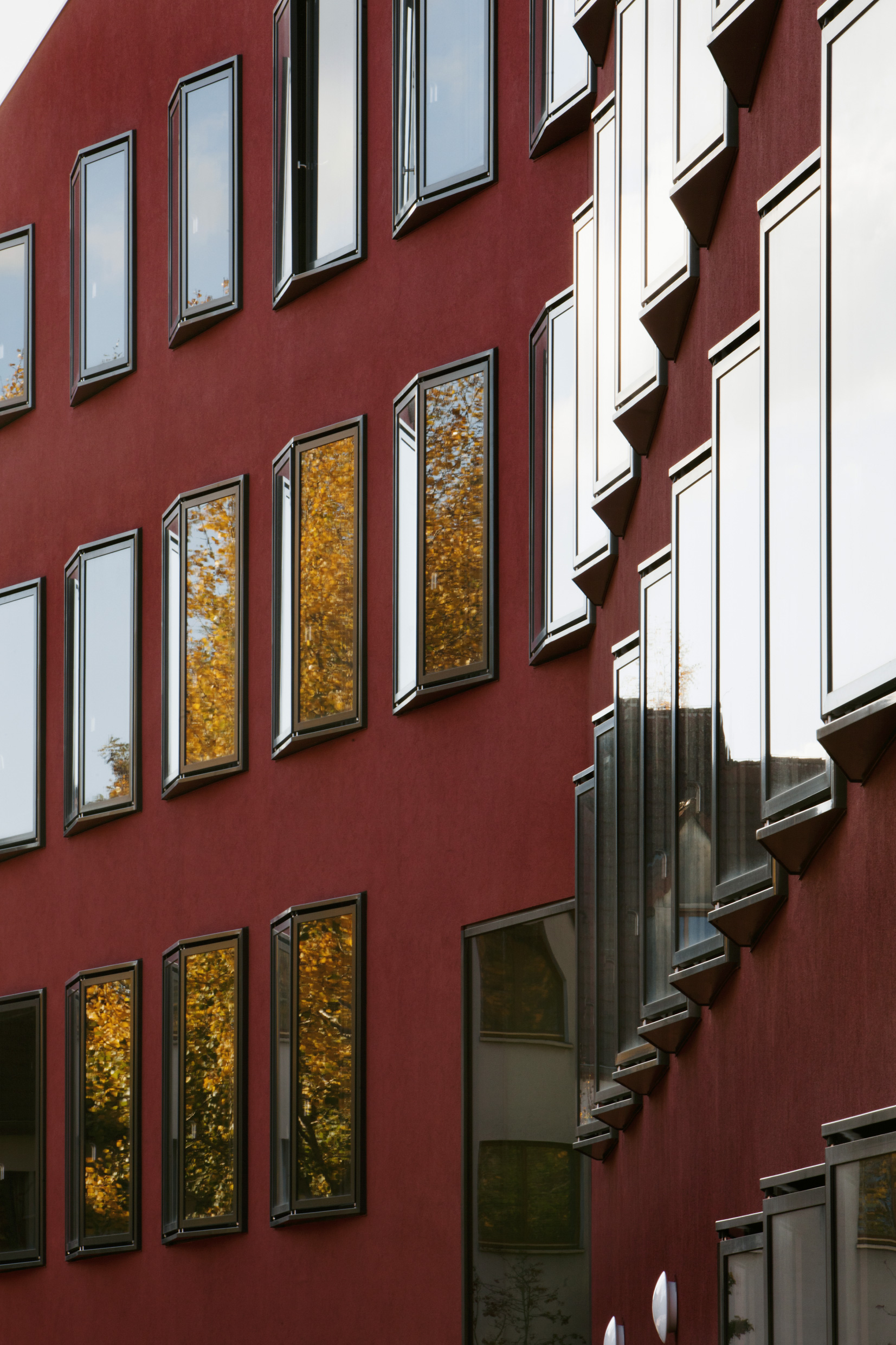 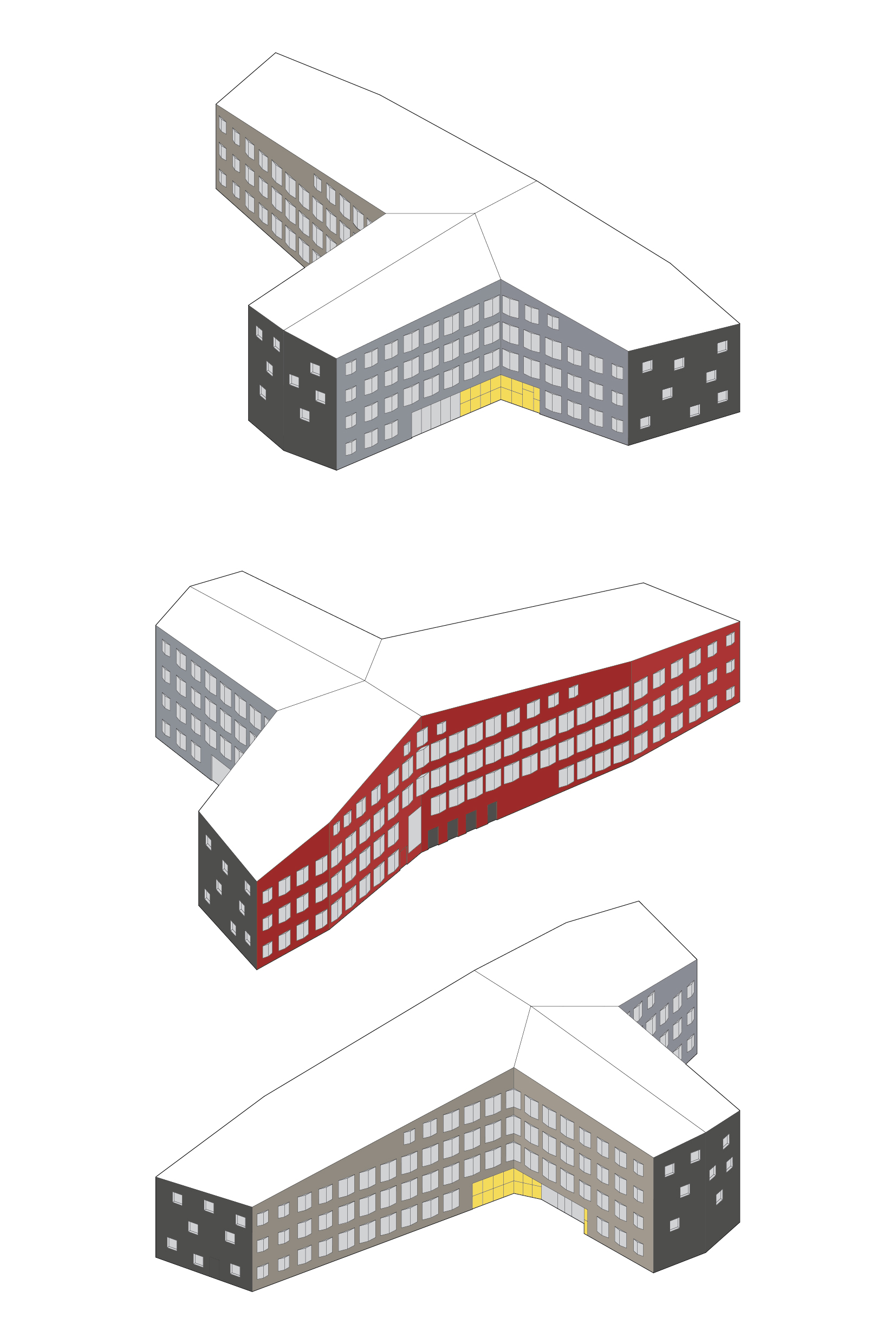 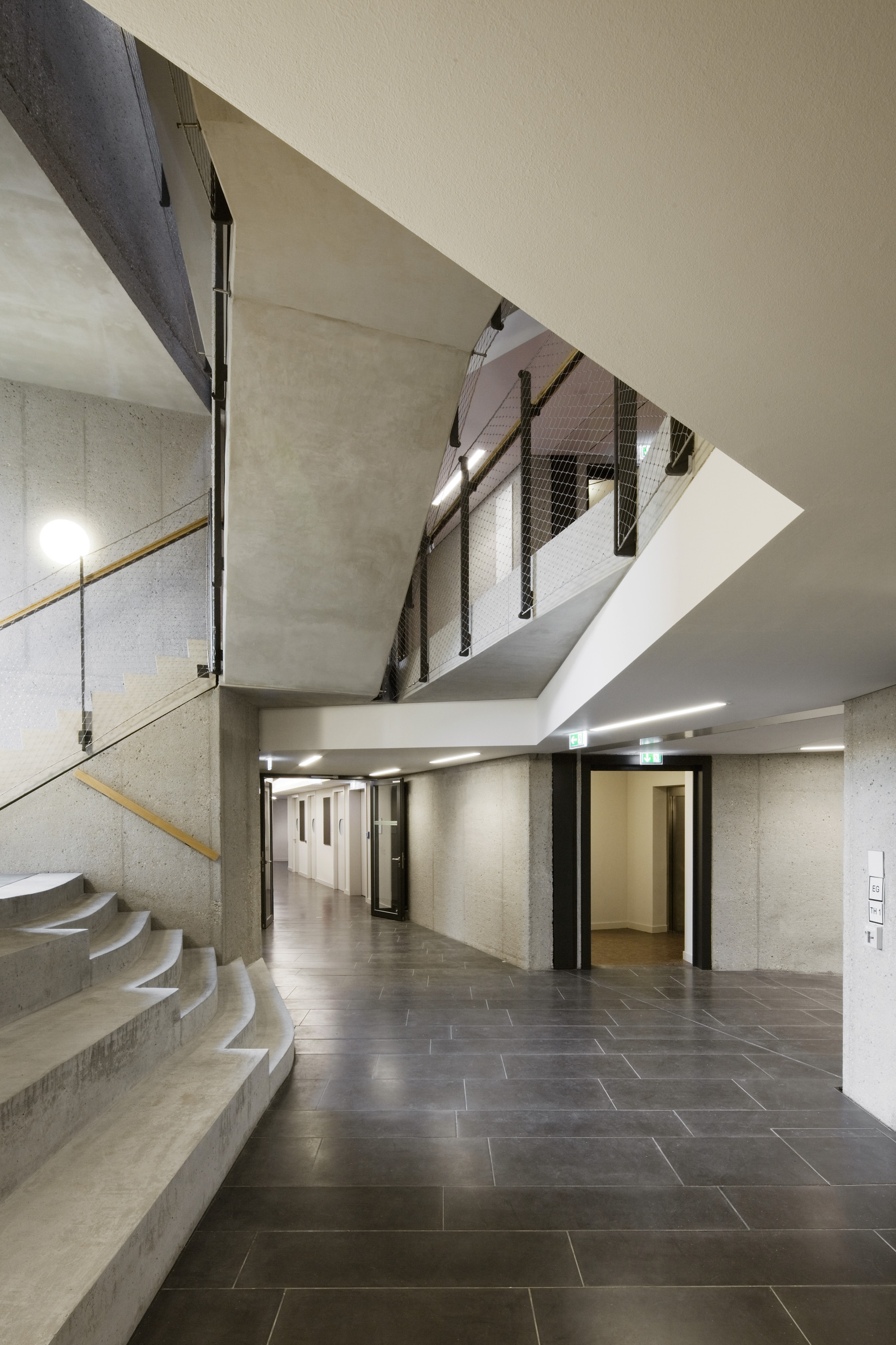 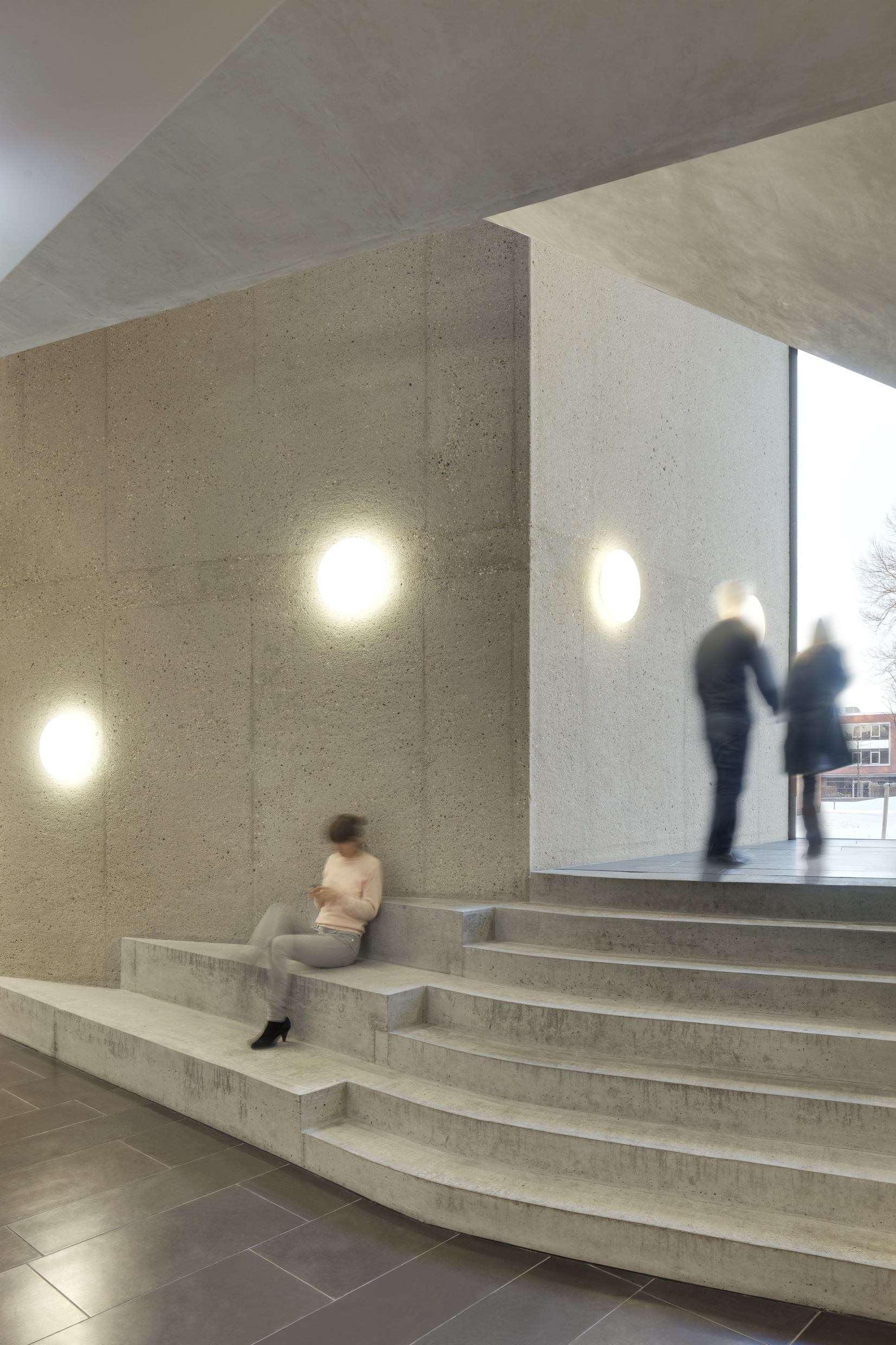 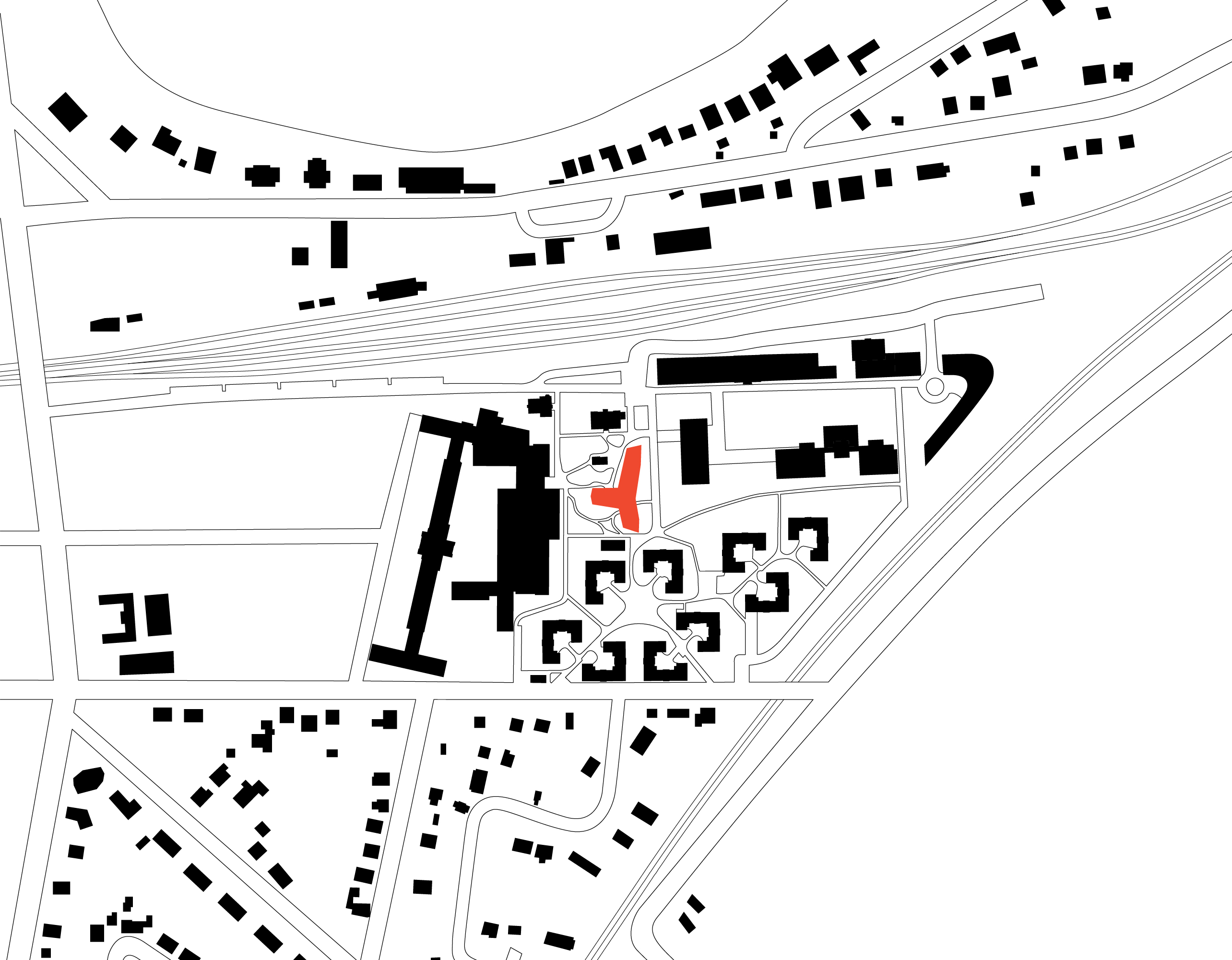