The new ensemble responds as much to the Baroque logic of the street plan as it does to the rules of 19th-century urbanism. Further, it absorbs the object-like quality of the existing office tower from the 1950s and registers the confrontational space that had developed between the highrises on either side of the Berlin Wall. In this combination of the disparate spatial configurations of consecutive generations, the new high-rise slab is the element associated with the present and the future.

The challenge presented by this project combines a concern for the workplace in the city with a commitment to an architecture that uses the resources of the (natural and constructed) environment economically. A low-energy building emerged, which not only offers an exemplary working environment in its passive control of energy consumption, but also aims to improve the immediate well-being of its inhabitants through an architecture in which the value of sensuous space is rediscovered.

At the same time the ensemble, developed from the tradition of the place, manifests the concerns and engagement of a new generation of architecture.

To understand the history of the site on Kochstrasse one needs to be familiar with the history of Berlin. The city has experienced an extreme variety of different urban ideas since approximately 1700. The Baroque city extensions of northern and southern Friedrichstadt were transformed into the dense “stony Berlin” of the late 19th and early 20th centuries. The bombardments of 1945, the postwar reconstruction in East and West, the incision of the Wall and the International Building Exhibition in the 1980s finally led to the heterogeneous urban structure we found at the start of this project. The simultaneous traces of the various stages of development reveal Friedrichstadt as a rich urban landscape that embodies the social, cultural and political history of this city and its inhabitants.

The whole site is treated as a single public field on which a number of “mats” mark out significant places. Towards Markgrafenstrasse there is a grove of plane trees; towards Charlottenstrasse lies a timber terrace. The entrance hall was conceived as a covered street.

The low-rise building is clad with a solid and heavy material analogous to the mass of its horizontal volume. The terracotta tiles with their graphite-coloured glazing were developed especially for this project.

The high-rise façades are the most important elements of the building that serve the low-energy concept. A high degree of transparency allows for maximum daylight. The transmission of heat and light into the interior is controlled through the use of solar shutters and blinds, and the buffer zones of double-layer glass façades on both the east and west sides achieve high insulation values. The porous ventilation openings of the east façade make it a kind of smooth skin, whereas the west façade – with its thickness separated into several layers – resembles a fur. All moveable elements of the façades can be controlled by the individual occupant, but are also operated by a central building management system. This individual control provides for a continuously changing appearance, especially of the west façade. 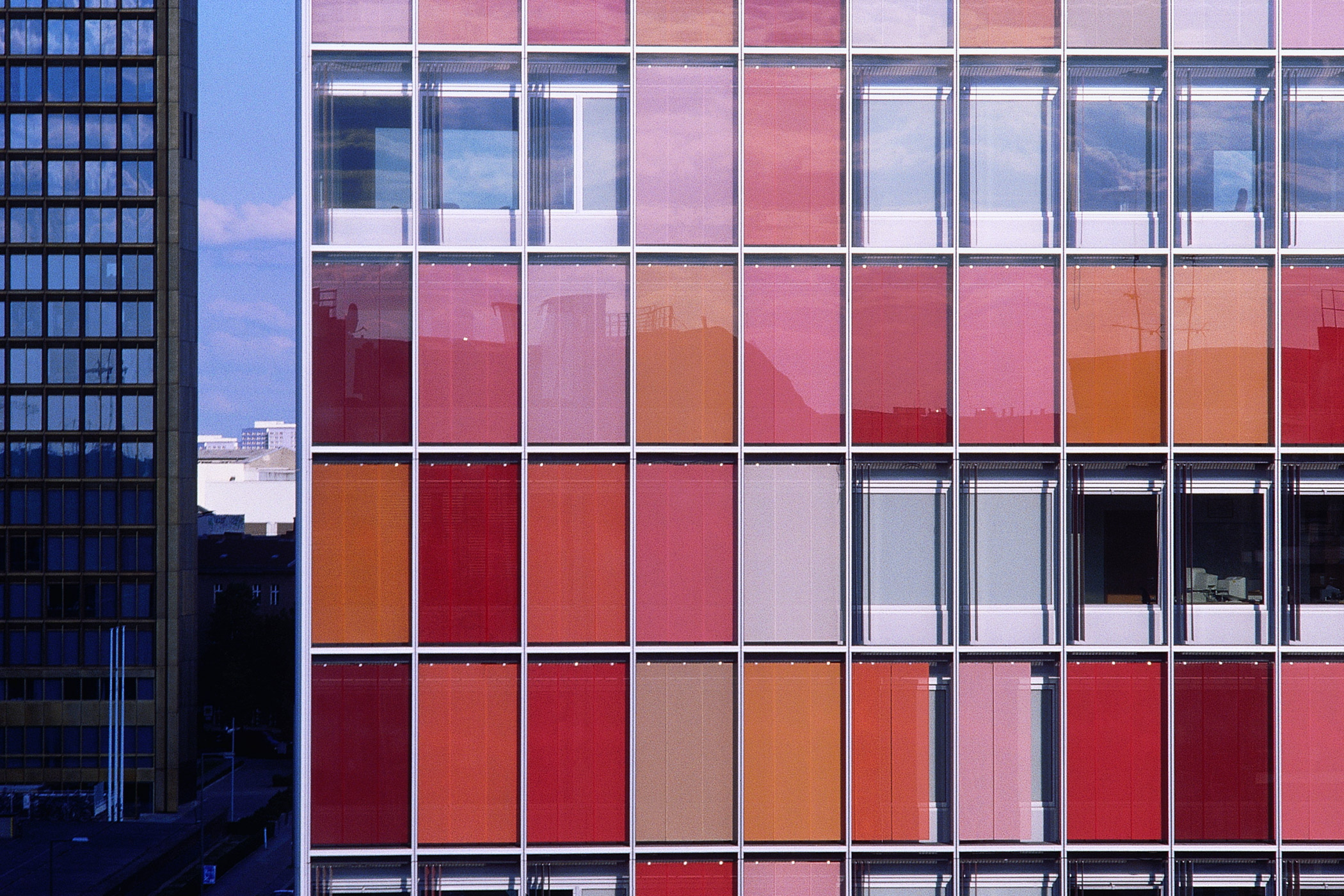 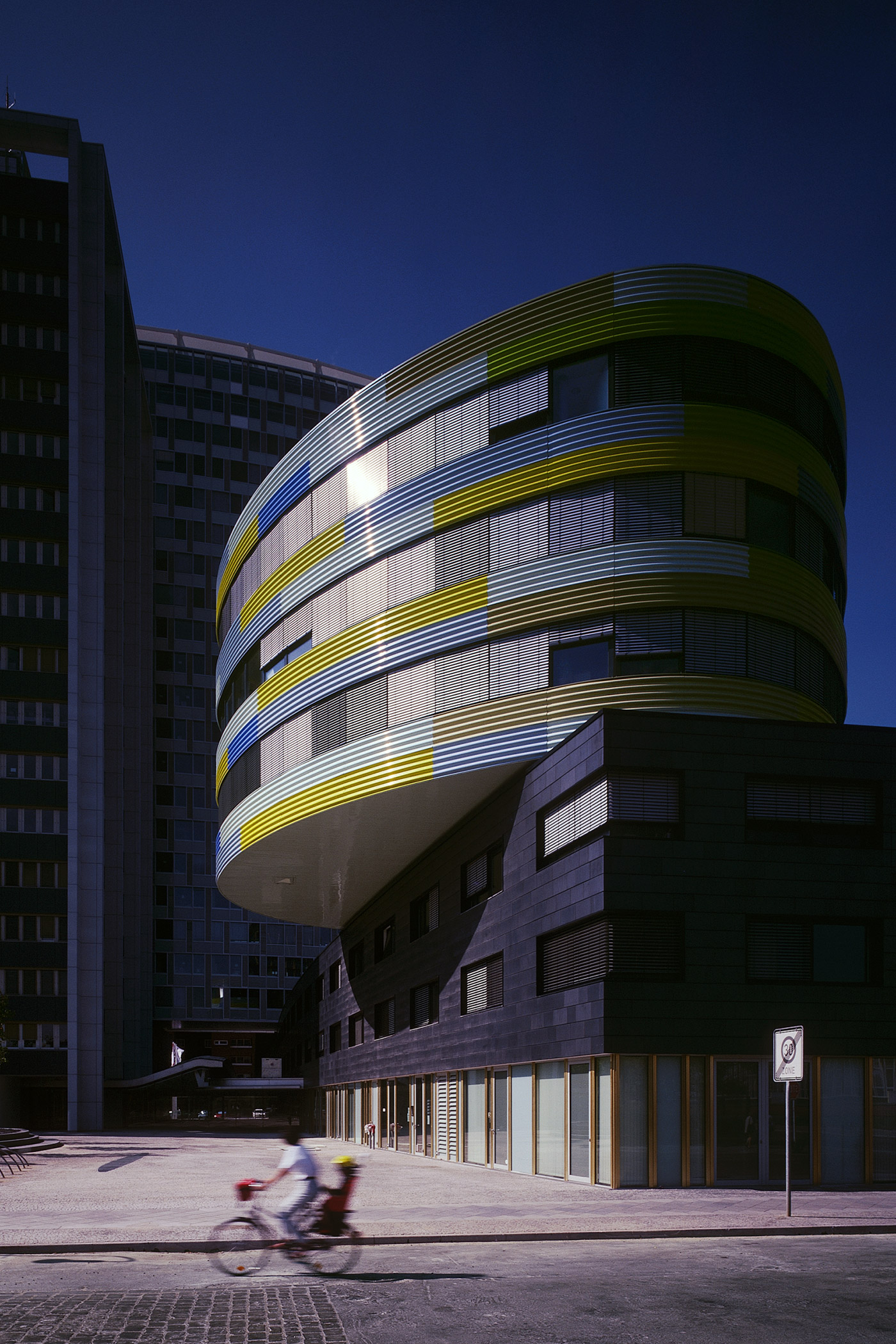 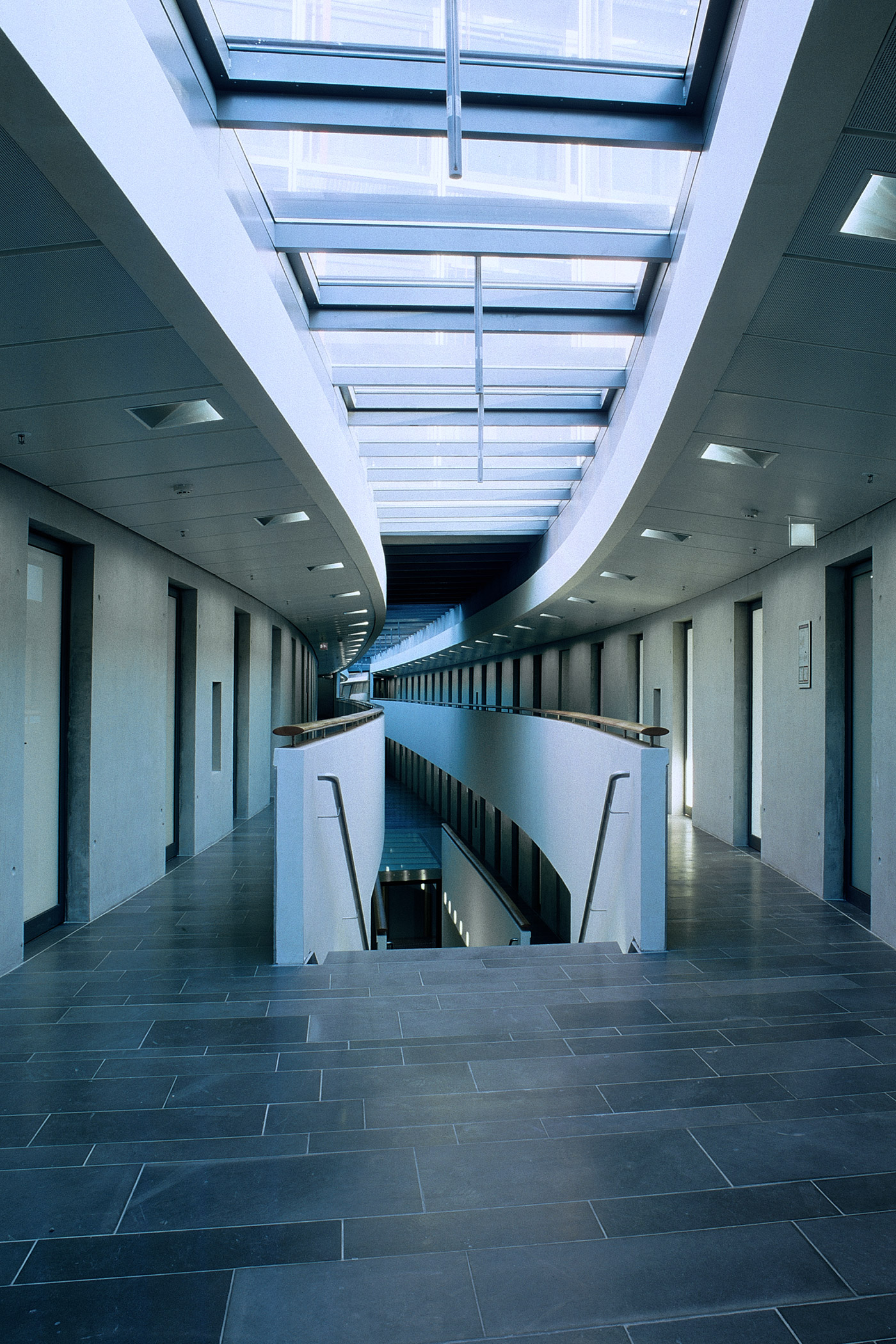 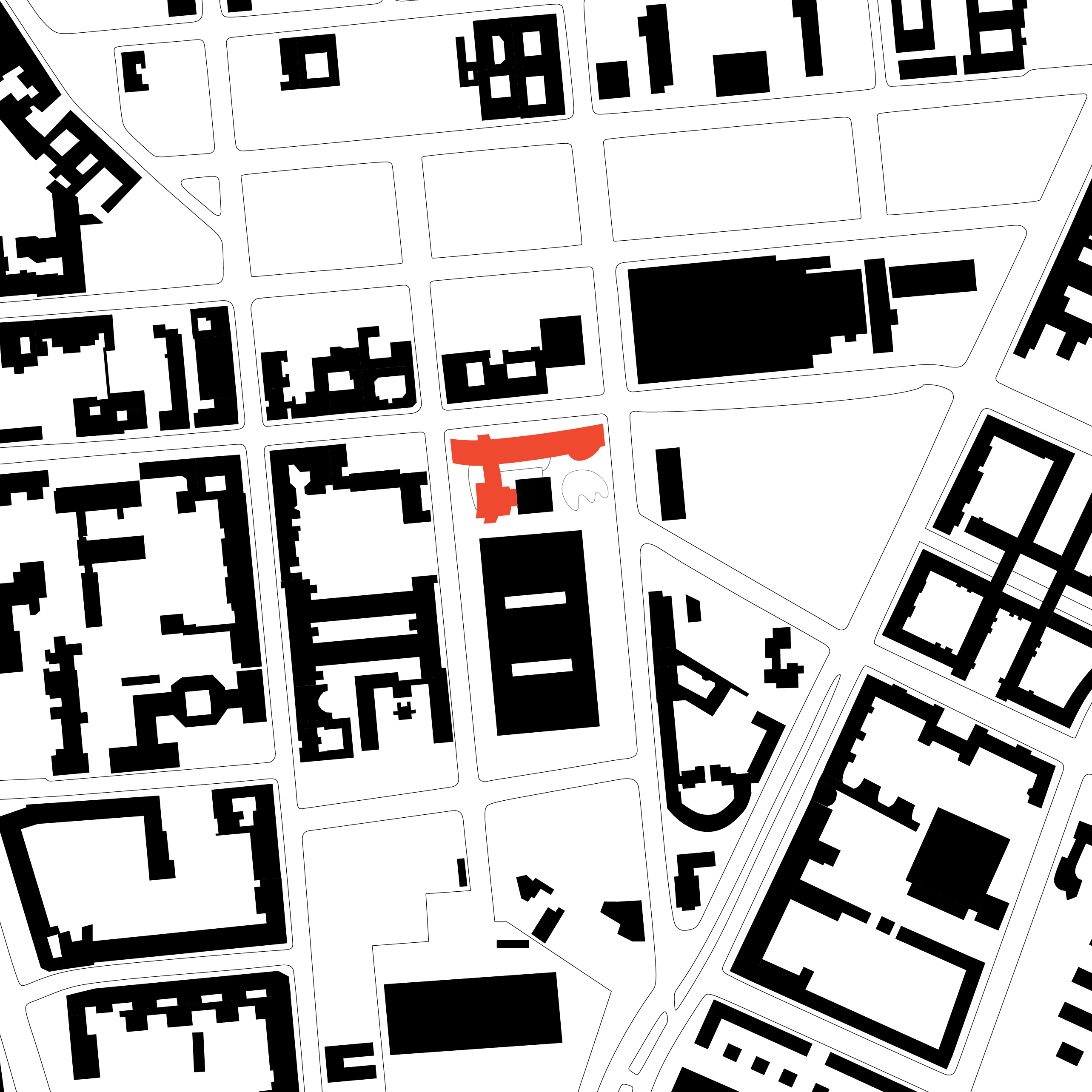