Extension of the Kunsthaus, Zurich
cultural public and civic

The design for the extension of the Kunsthaus Zürich proposes an elegant building complex that can be perceived both as one large volume and as a cluster of several smaller structures. On the one hand, this ambiguous appearance corresponds to the curatorial idea of the Kunsthaus, where the permanent exhibition comprises a number of private collections: a non-hierarchical internal network of routes connects premises that differ in terms of proportion, size, light and materials. On the other hand, this composition enables a nuanced urban dialogue with the heterogeneous surroundings.

Towards the two existing buildings of the Kunsthaus as well as towards the north – where a sculpture garden provides an interface with the open grounds of the cantonal school opposite – the building presents a large, stately façade, while at the sides, going up the slope, the massing responds to the smaller scale found in the adjoining streets. The dark reflective panels of its façades onto the square and the garden endow the extension with a discreet but powerful physical presence. Facing the bustling Heimplatz, the slight inclination of the upper part works like a mirror: city life is absorbed right into the architecture and re-presented as a dynamic image.

In addition to a restaurant, the ground floor of the museum offers a wide range of public spaces for various events. These rooms are arranged around a central patio, which not only provides daylight and a view to all adjoining rooms, but also ensures the survival of a centennial plane tree existing in the area. This large tree would serve as a memento of the former school site, which played an important role in the lives of many residents of Zurich. At the same time, it serves as a focal point for the entire building and anchors the new art venue to local history in a very unique way. 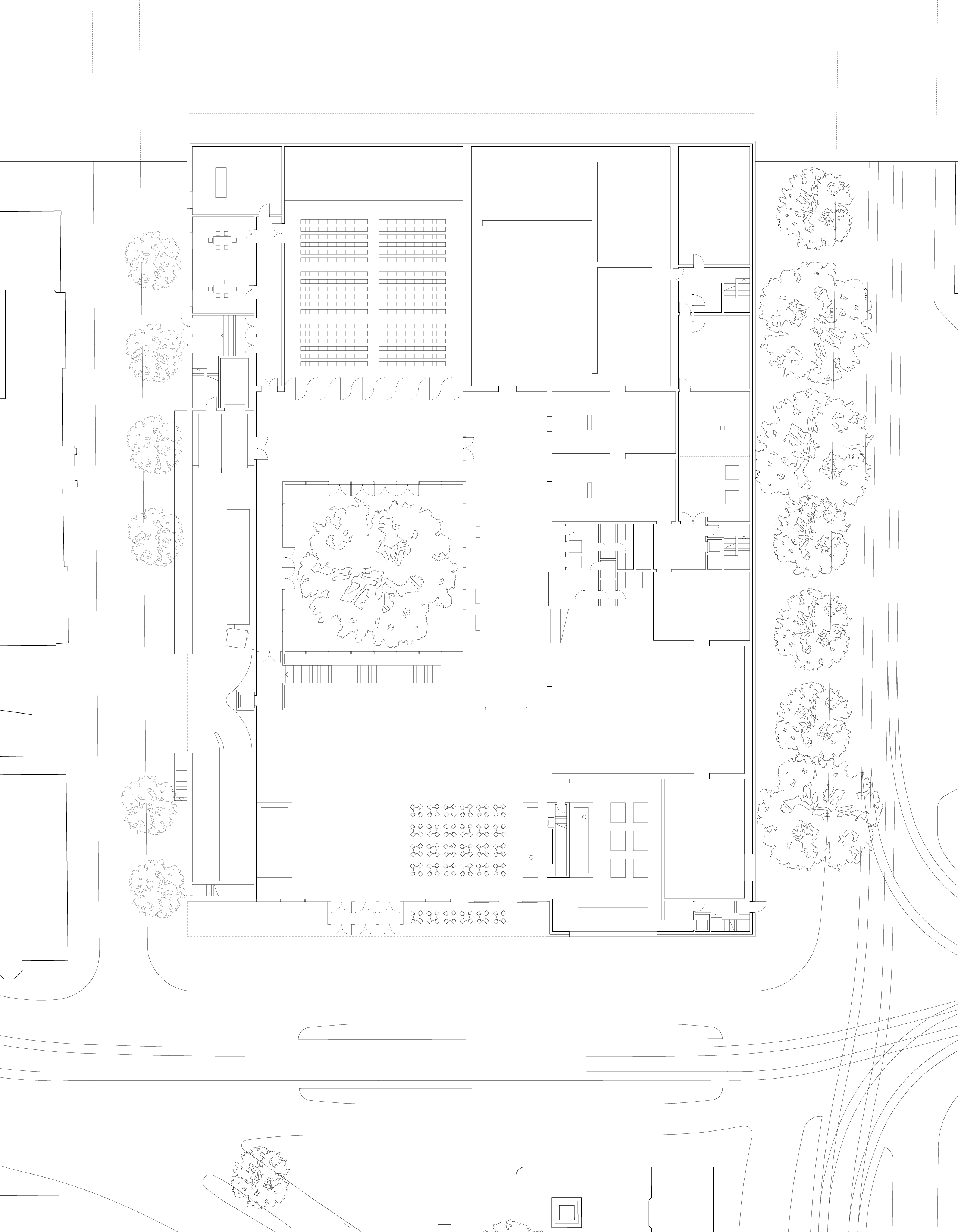 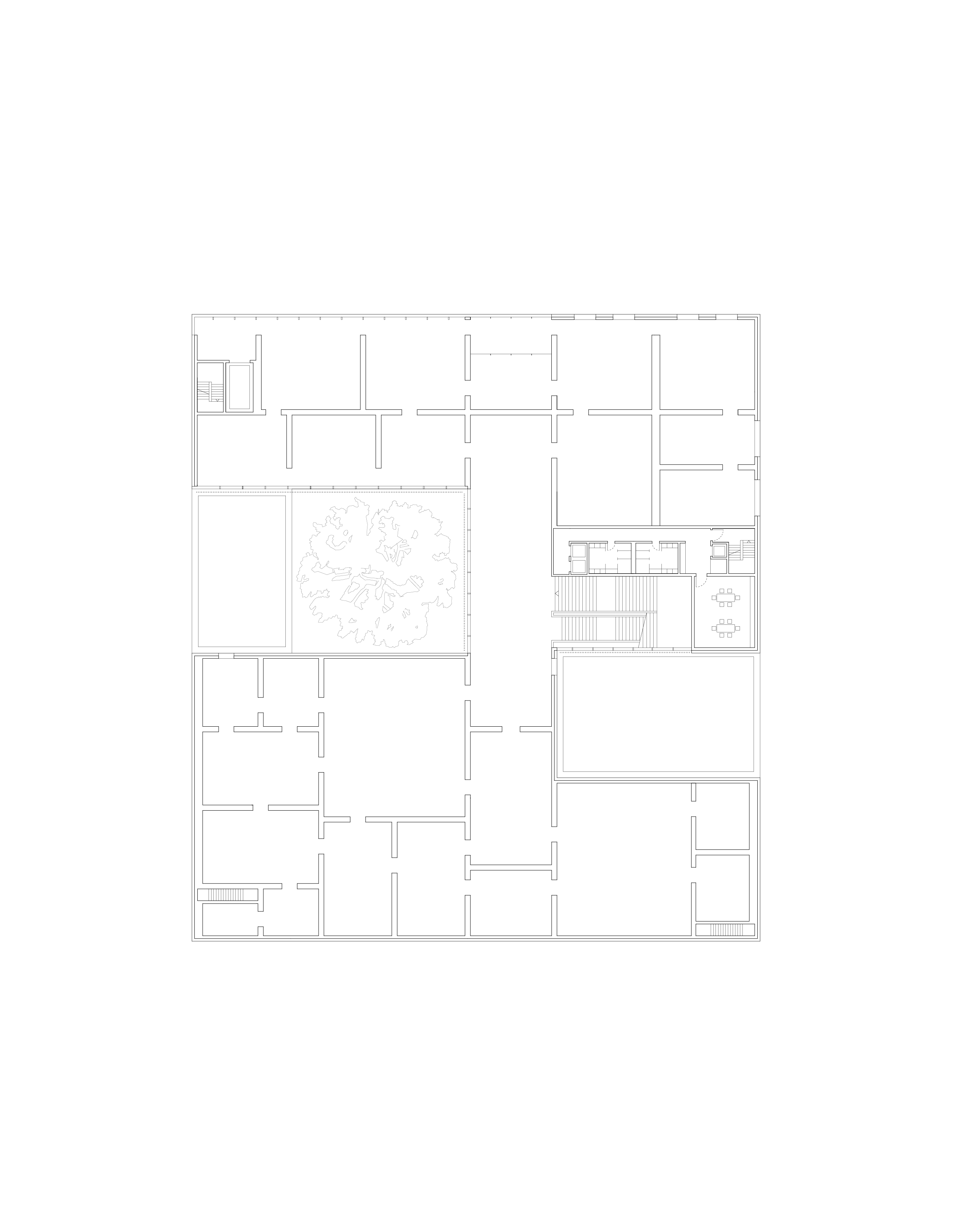 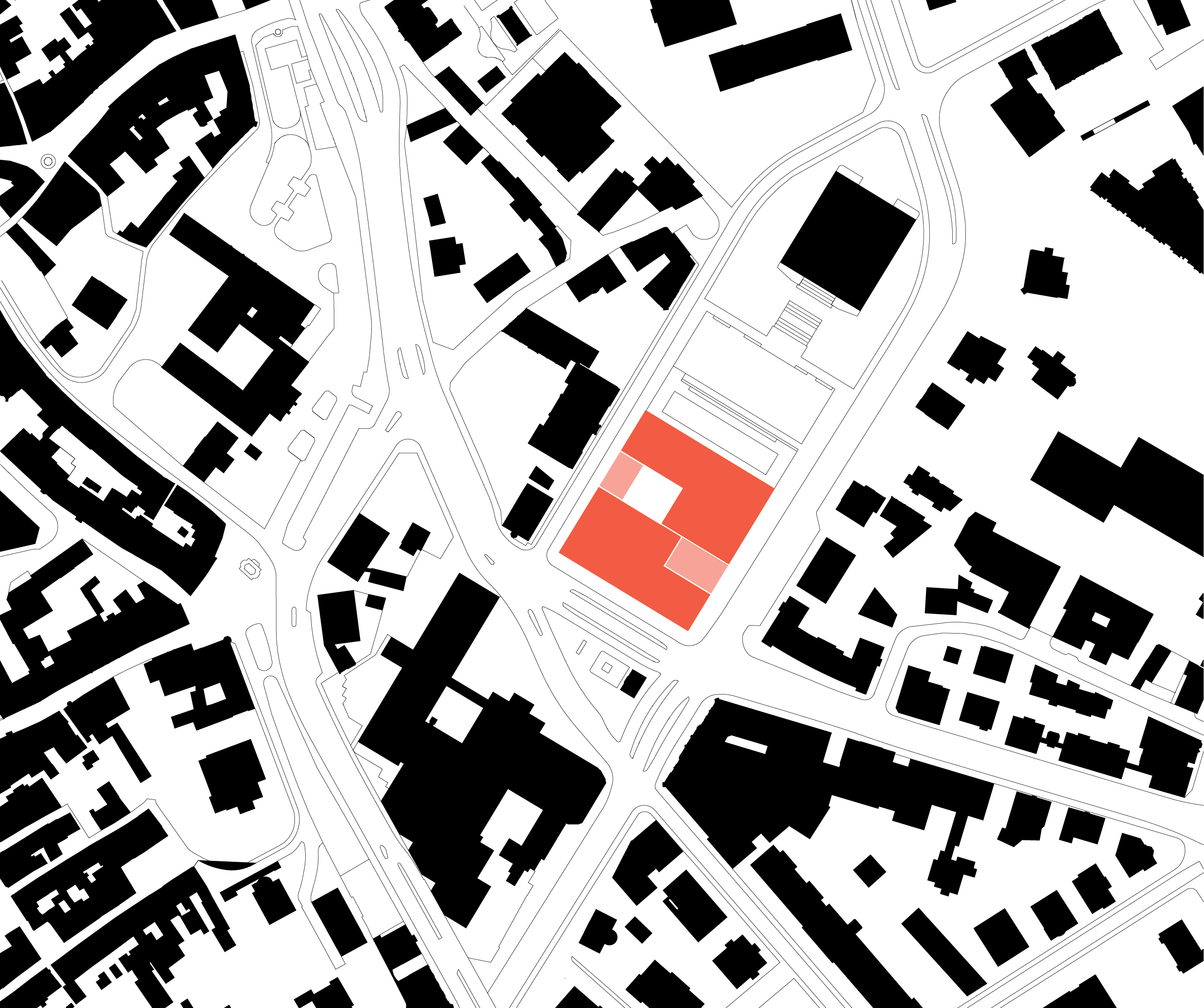