Airut was conceived as a new community dedicated to sustainable living and supported by the most advanced technologies. It is the first phase of one of the largest redevelopments in modern Finnish history, the conversion of Helsinki’s Jätkäsaari district from 100 hectares of neglected docklands to a new urban neighbourhood. The project was initially promoted by the Finish Innovation Found SITRA to become an empirical prototype for future sustainable community building in Finland as a whole.

The mixed-use development consists of five buildings including offices and residential units. These sit on top of a shared podium which hosts a variety of public programmes and infrastructure for the community, such as an eco-laundrette, a community centre, a public sauna and other environmentally conscious retail programmes. This public realm is combined with carefully designed green spaces for recreation, arranged around a Y-shaped public space as a locus for civic life.

The initial promoter Sitra was planning to establish its headquarters building within the block. Designed as a six-storey timber building, the project provided a replicable example of how industrialised all-timber construction can serve sustainable architecture on a larger scale. It was awarded with an Holcim Award for Sustainable Construction in 2012.

As a whole Airut will promote conscientious urbanism moving towards a low-to-no-impact future for our cities – hence the initial name Low2No coined by Sitra – without compromising spatial quality and beauty. 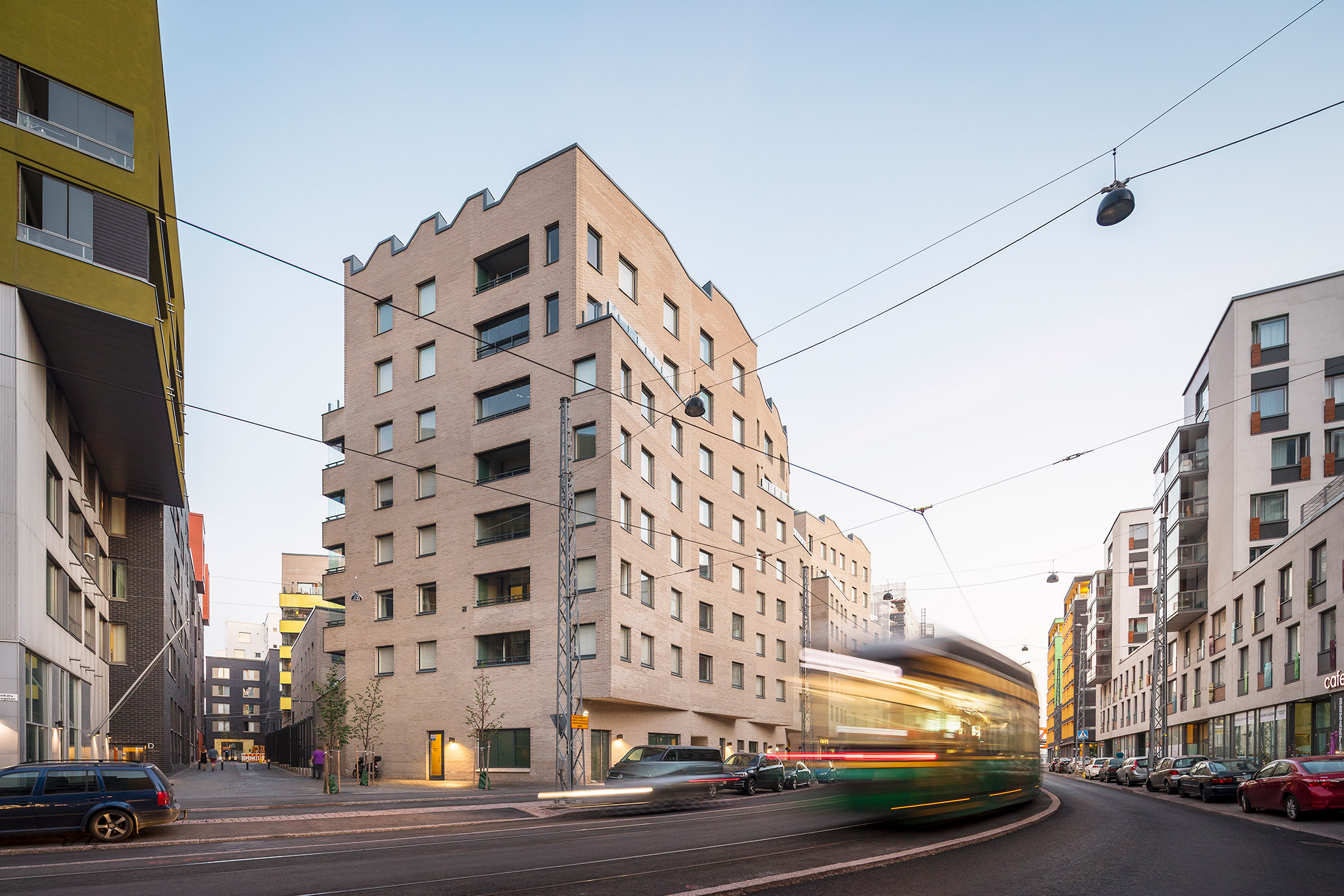 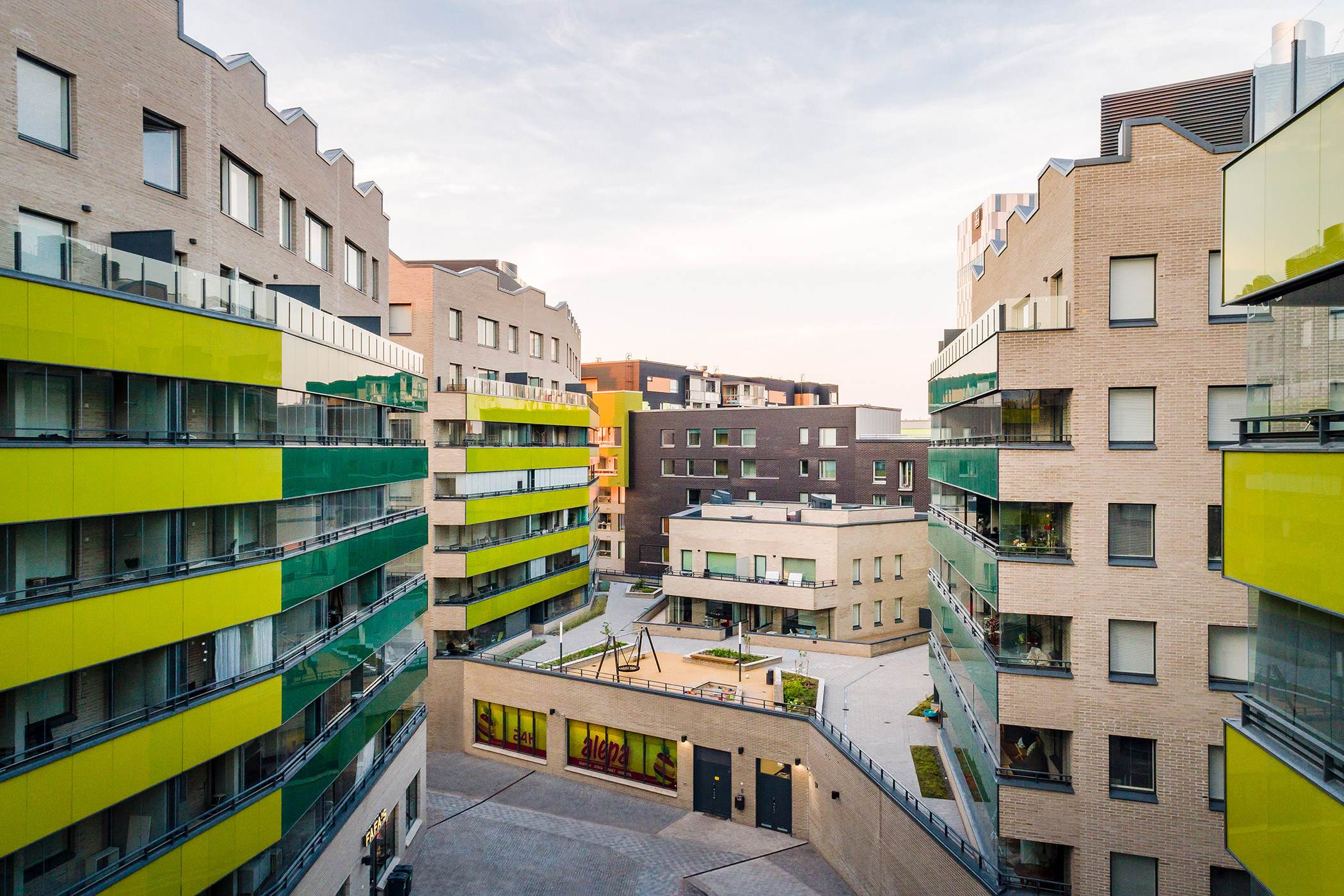 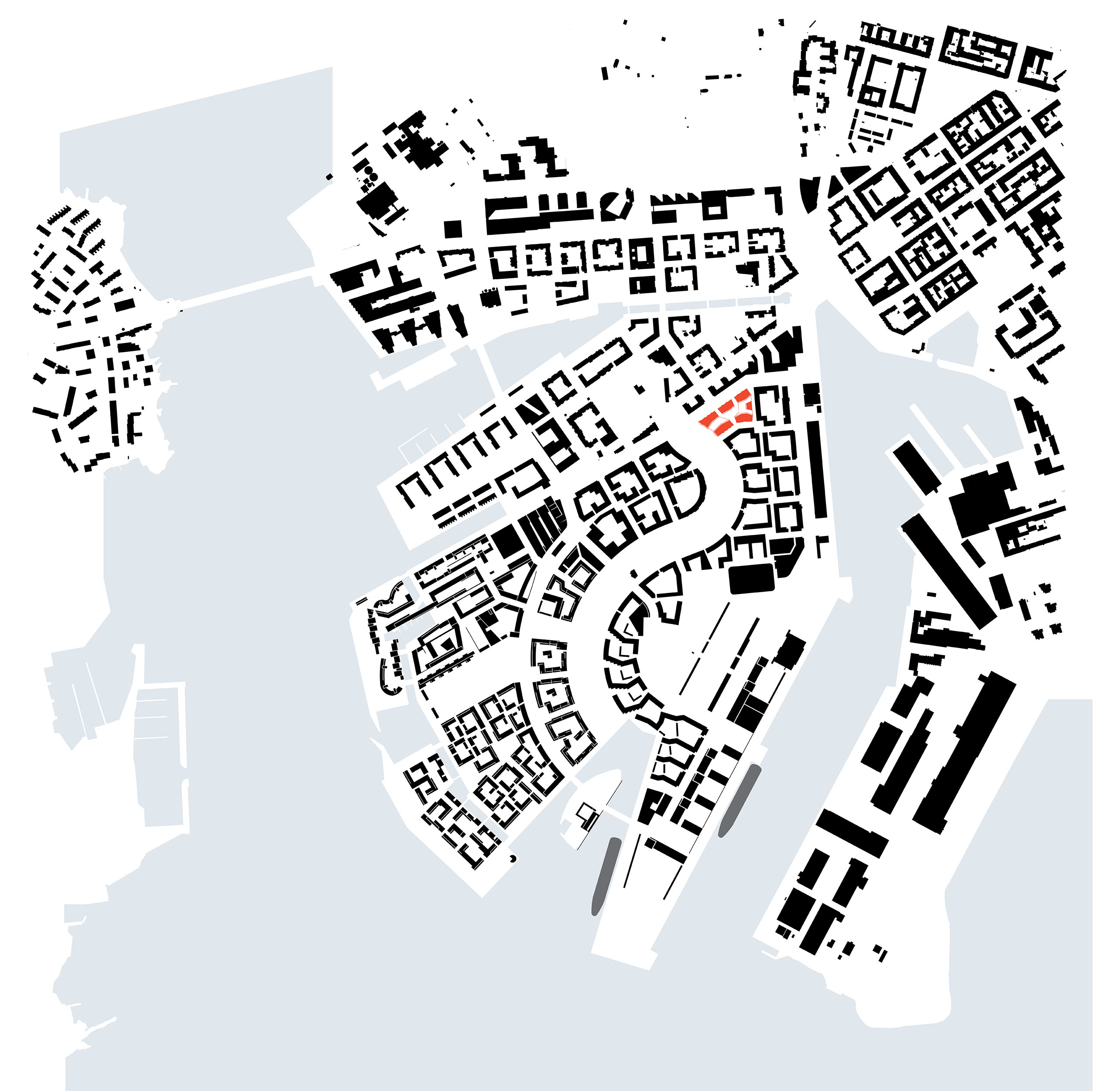 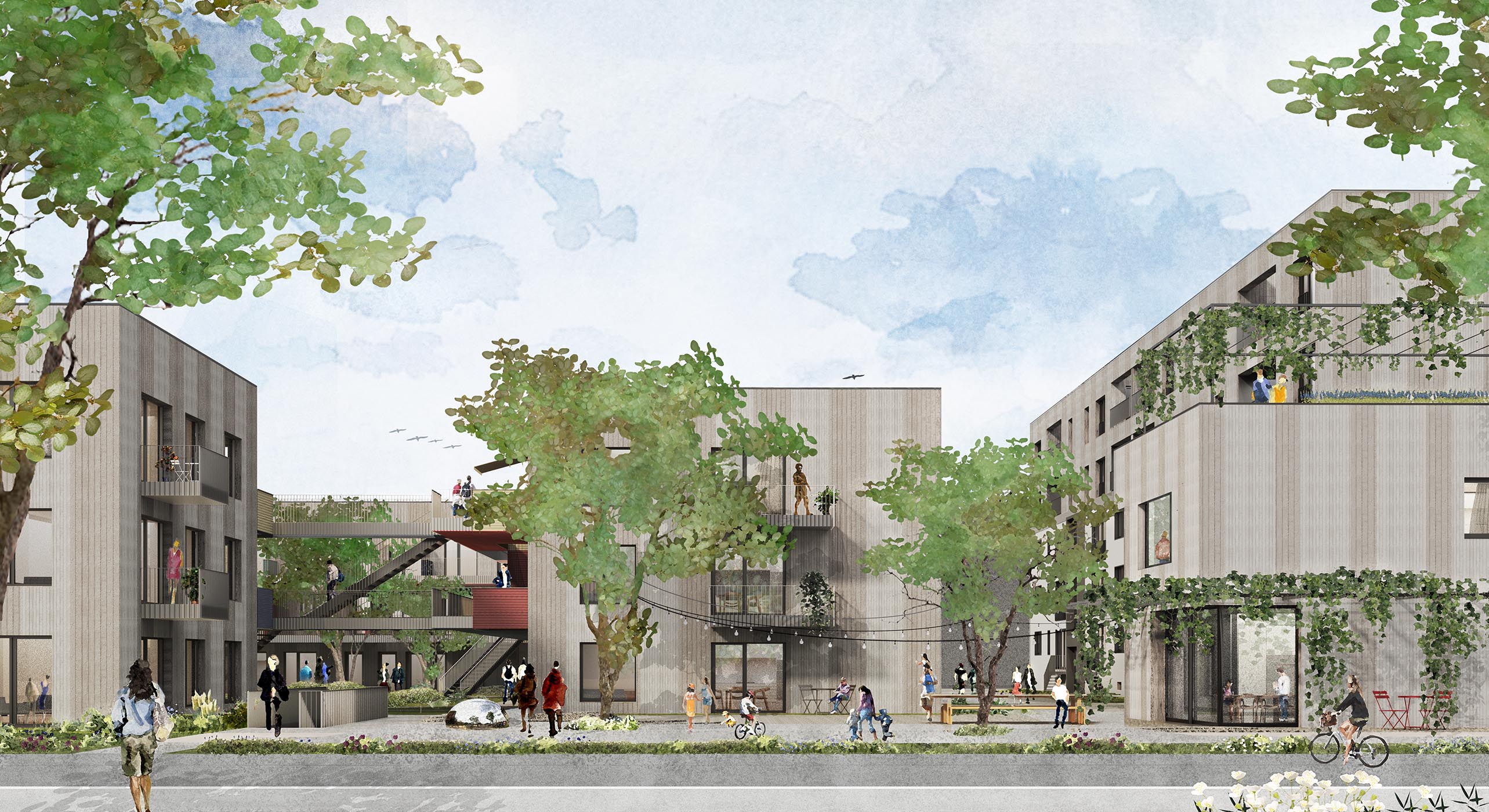 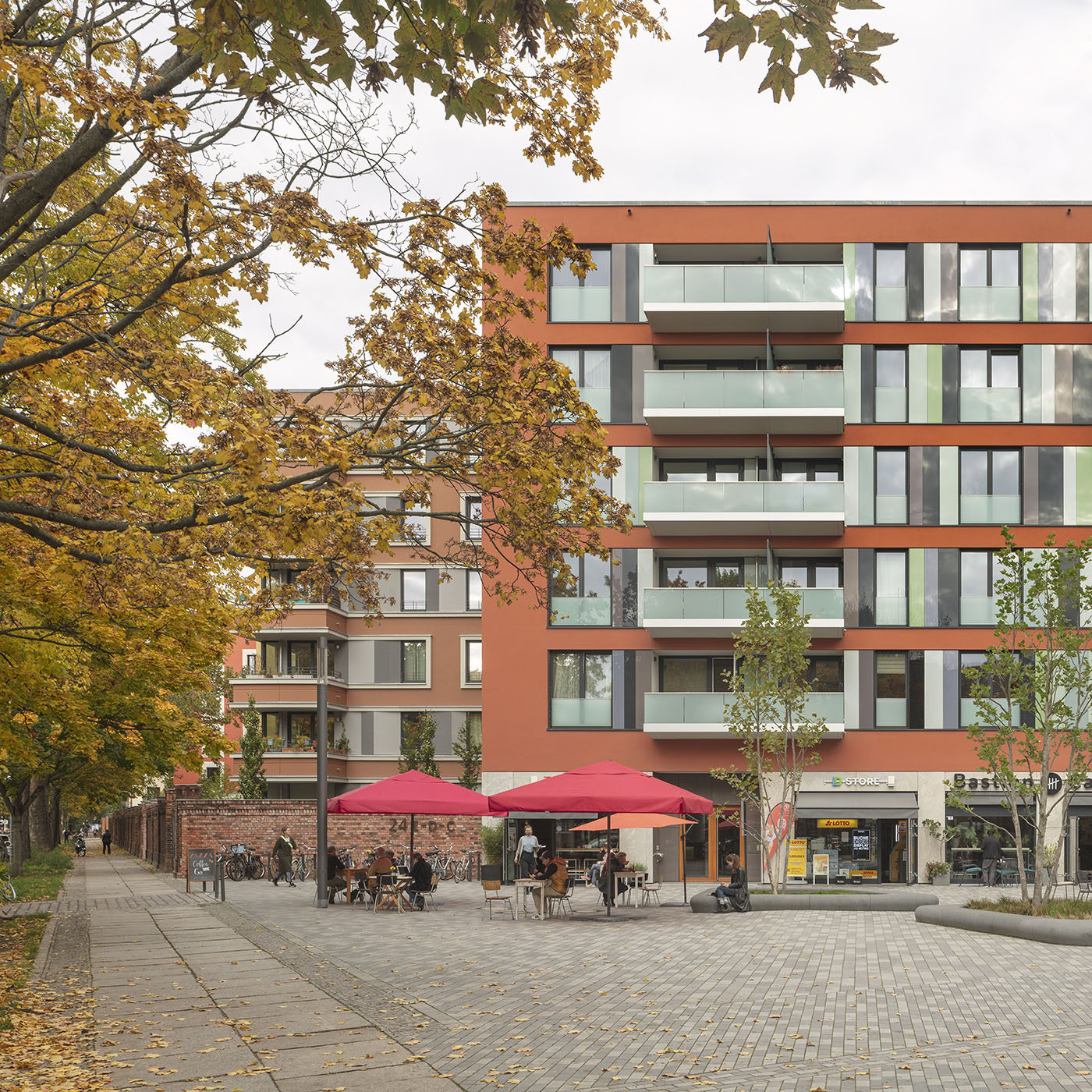