In order to create contemporary and flexible studio spaces for their practice, Sauerbruch Hutton renovated and extended a former Prussian military uniform factory. Built in 1880, this is the largest building in an ensemble of brick barracks that has been progressively converted by artists and architects since the 1970s.

The project involved the complete renovation of the second floor – which had been haphazardly reconstructed in the wake of war damage – and the addition of a third floor. While the colour, material and detailing of the upper façade, with its blue-grey plaster, flush-set windows and zigzag silhouette, are in deliberate contrast to the base of the building, its rhythmical articulation derives from the lower portion’s listed brick façade.

Inside, on the refurbished second floor, a long glass wall runs the full length of the space, delineating a series of offices to the north and a generous open-plan area to the south. In contrast, the new third floor has been divided laterally. Here a pair of 90 m2 loft-type spaces – one a reception area, the other a conference room – are linked by a spacious gallery that also gives access to a library and five smaller offices and meeting rooms. The spacious and airy character of this representative area is emphasised by a series of large roof lights, the off-white of the walls and the generosity of the wide Douglas fir floorboards that stretch from wall to wall. The atmosphere is both creative and professional, yet does not sacrifice the industrial aesthetic of the original. 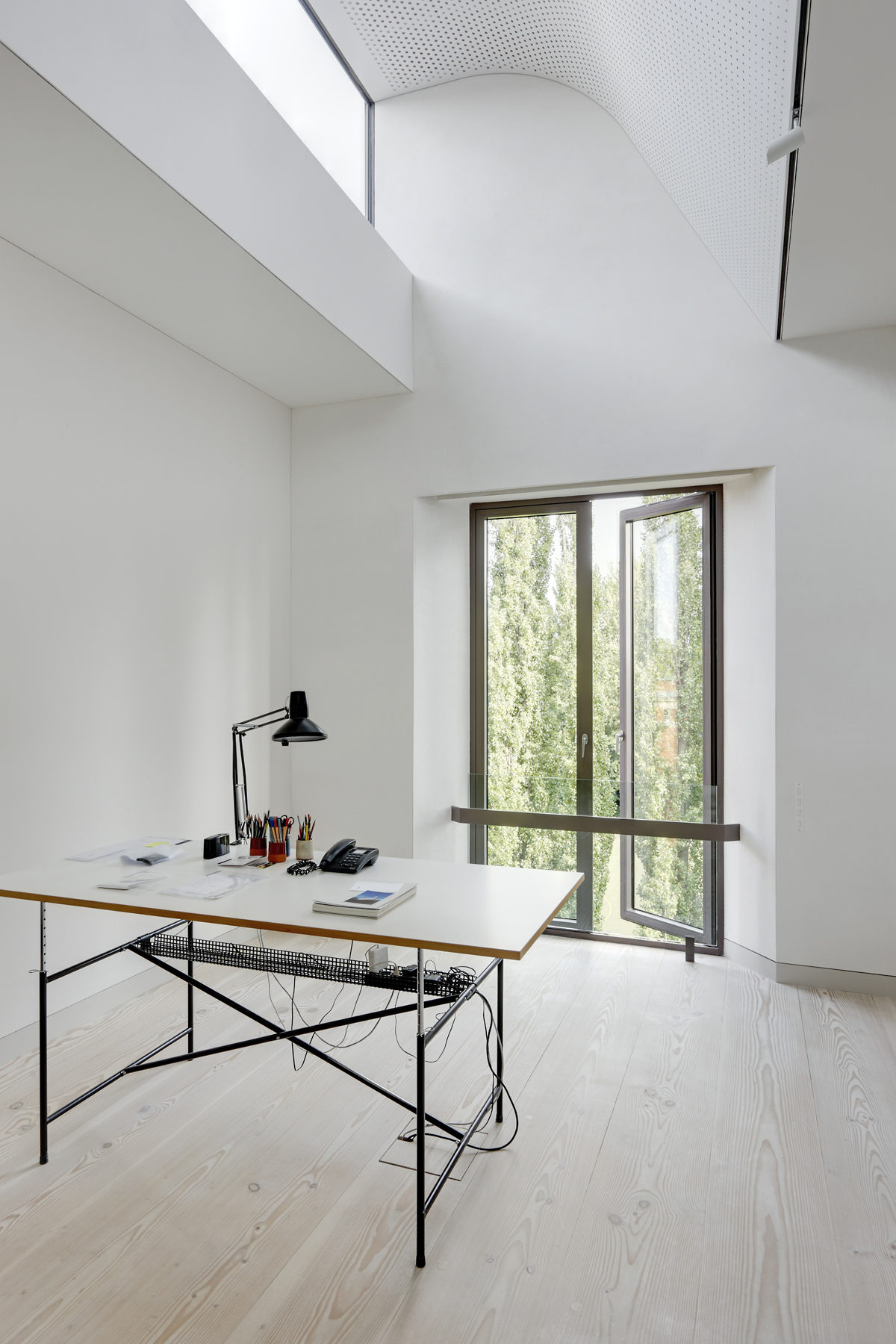 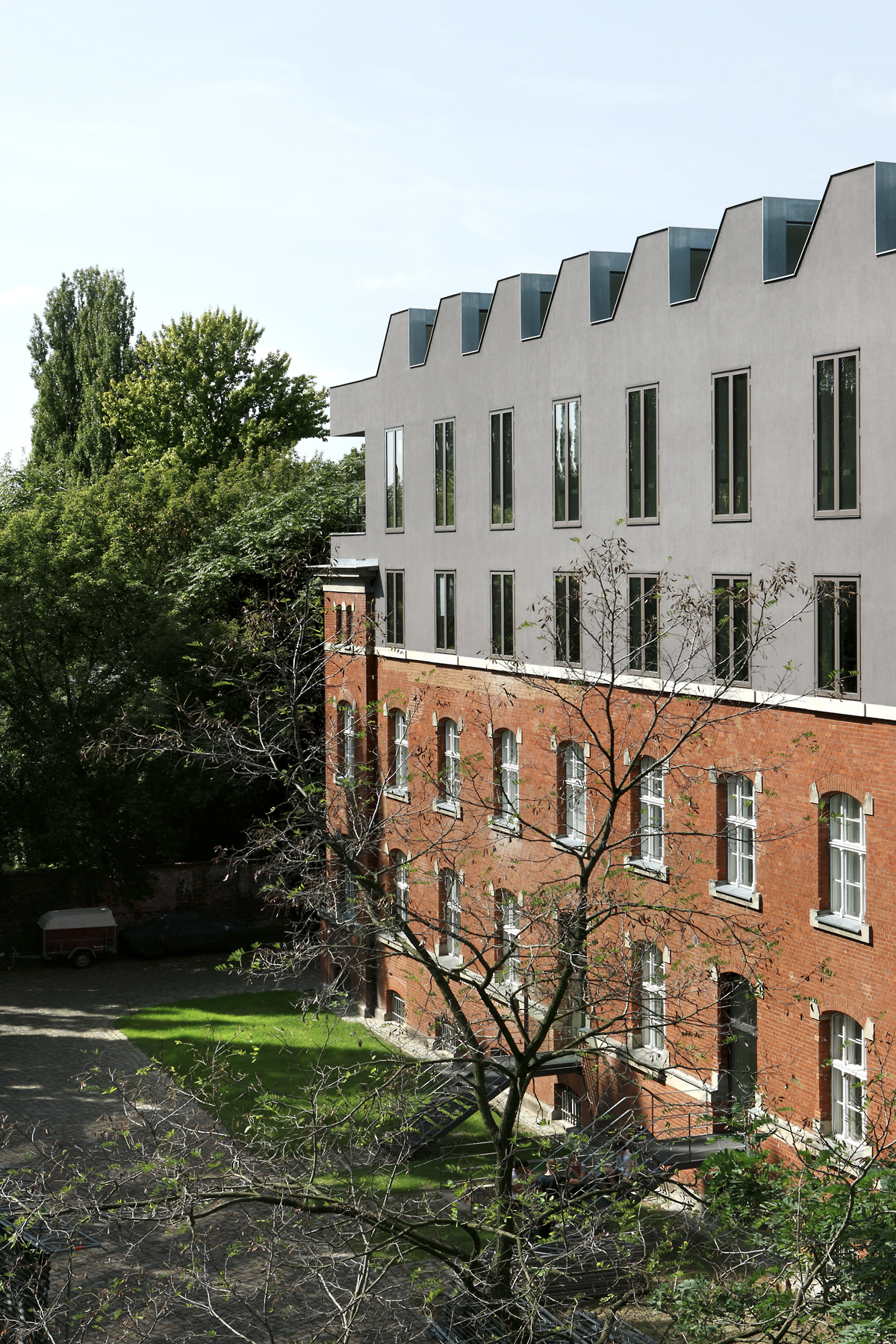 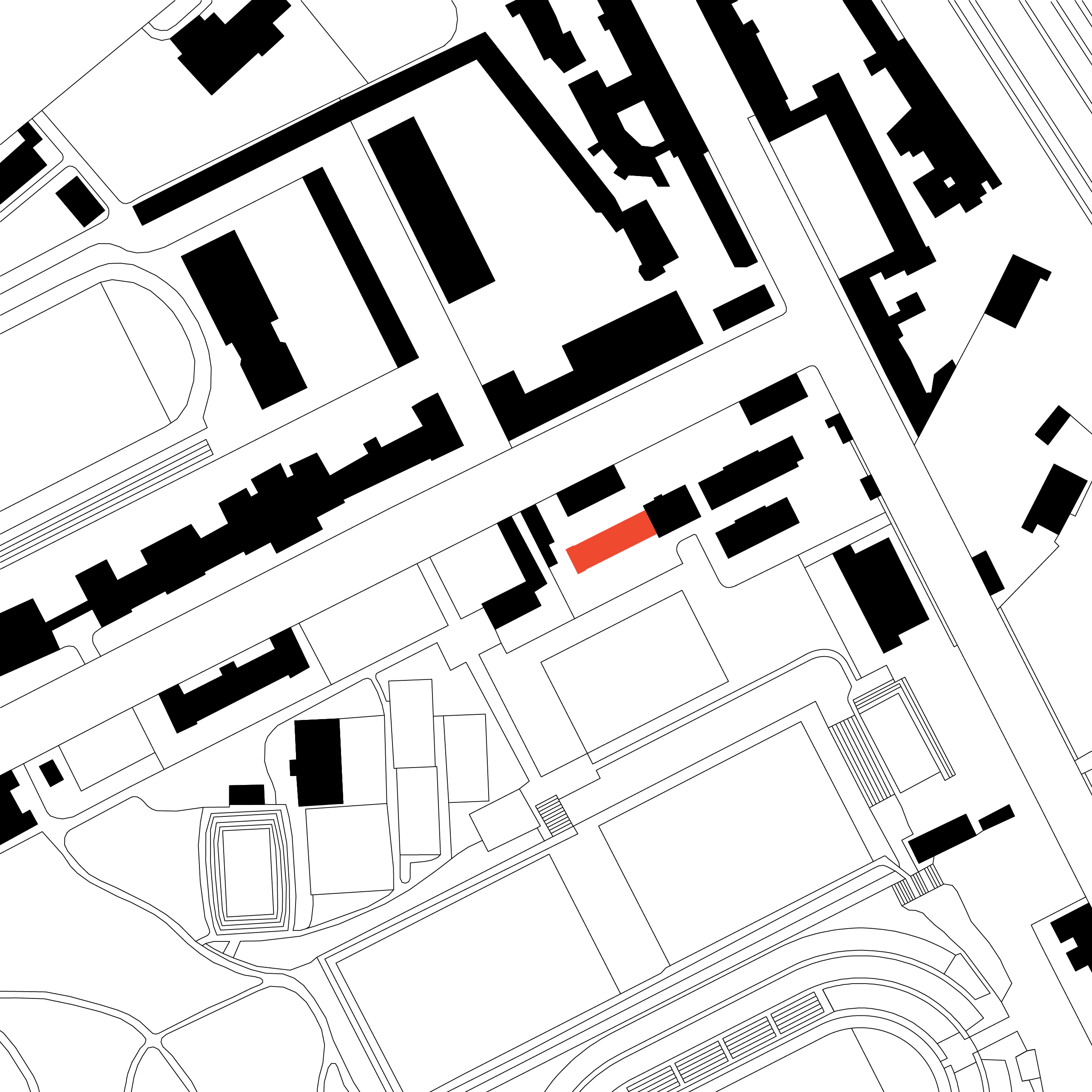