This residential and studio building for a cohousing group of ten parties marks a further step in the revitalisation of Werkhof L57, an ensemble of historic barracks, modern extensions and new structures that has evolved into a lively creative quarter over the past two decades.

The new four-storey building occupies the plot between a recently completed structure in exposed concrete and an historic one made of brick. While its height and roof profile mediate between these two neighbours, its strictly rectangular floor plan respects the regular forms that comprise the former military compound. At the same time any rigidity in its volume is optically dissolved by the slightly undulating stainless steel cladding whose irregular reflection of the surroundings lends the façade a quasi-fluid character.

The units display a variety of interior layouts that mirror the range of ideas that individual members of the group had about the way in which they might want to live and work. What they all had in common was a desire for maximum flexibility and freedom in the division and use of their spaces, also in the long term. This was achieved by means of prestressed concrete slabs that result in entirely column-free floor areas of 47 x 10 m, and by the positioning of all service shafts within the depth of the façade. So that each of the maximum of eight flats per floor can enjoy an outlook to both north and south, they are accessed along balconies on the south façade that are in turn reached from a central staircase. In this way communal outdoor spaces are created that can also be used as private balconies for the adjoining units. 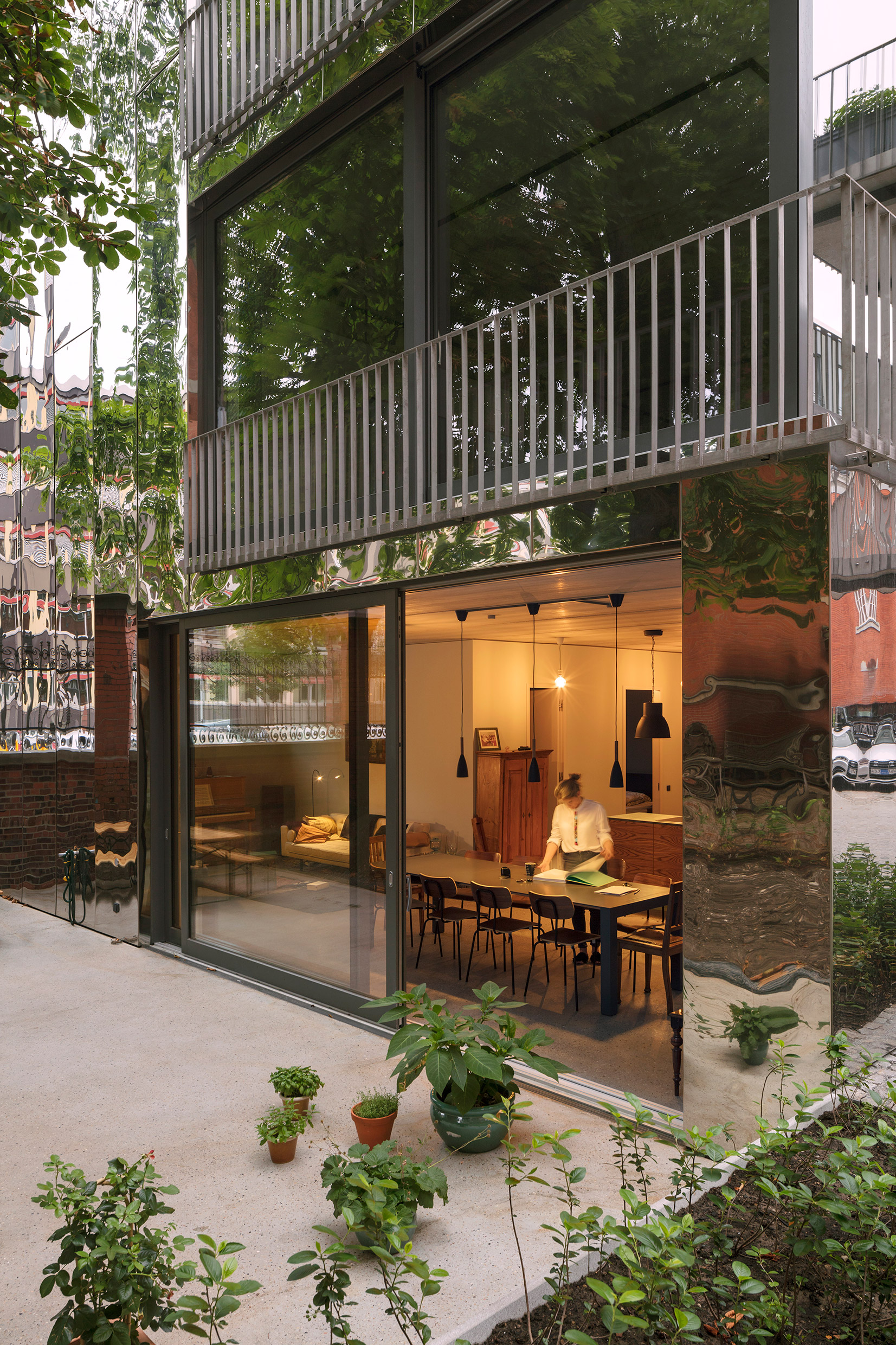 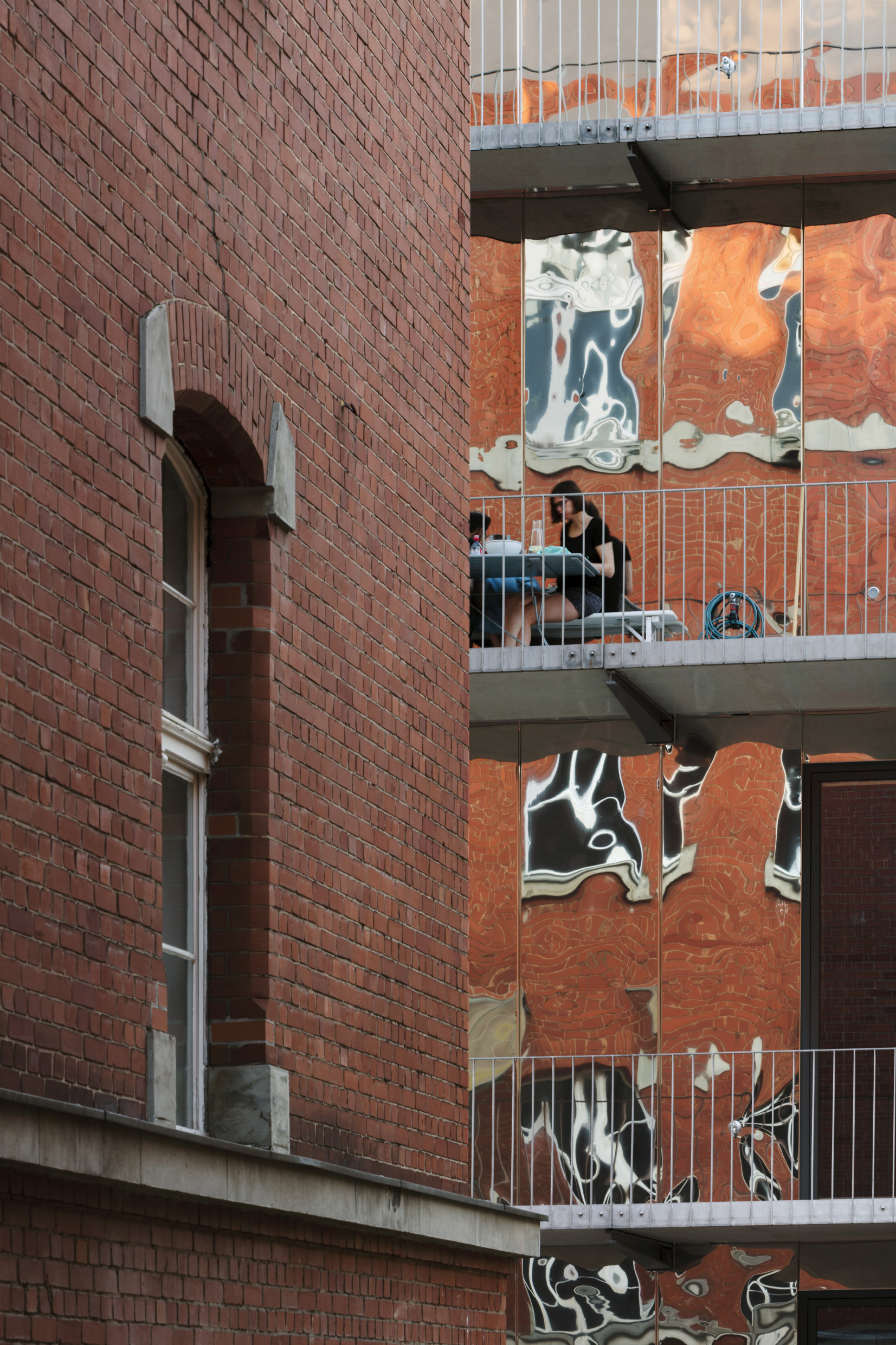 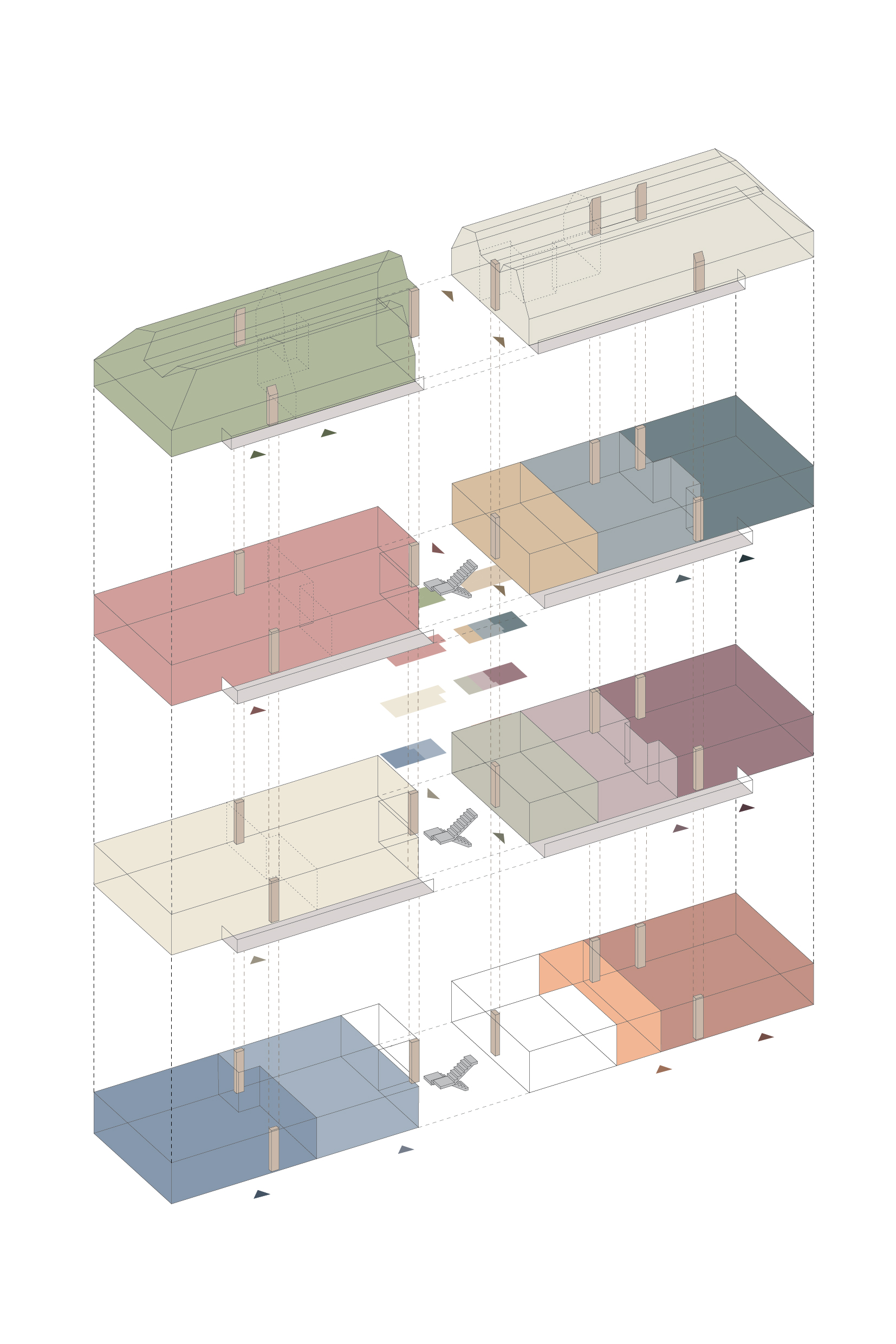 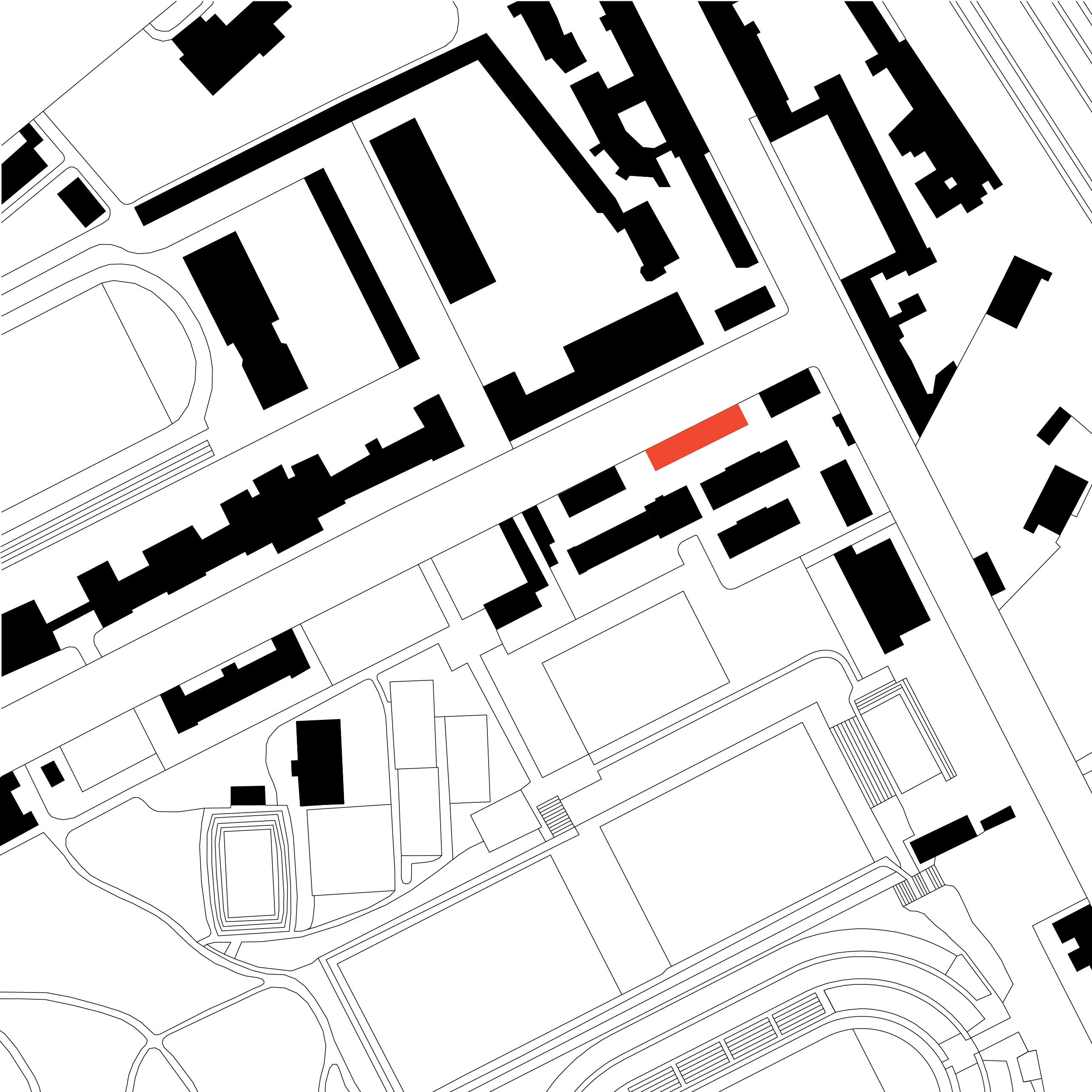