This 30,000 m2 building is one of two new developments within a single block in the City of London. Located opposite the Old Bailey Central Criminal Court and close to St Paul’s Cathedral, it offers nine floors of office space together with a restaurant and retail areas. Like most buildings in the City, its structure and services allow flexibility of use.

Two New Ludgate differs in two respects, however: firstly through its façades, which are characterised by an array of movable glass louvres whose polychromatic compositions respond to the various surrounding urban spaces, and secondly, in that the building is set apart by its organic figure. This redefines the canyon-like space of Limeburner Lane with a full, curved form that sweeps into a rounded bow at its northern end to resonate with the dome of the Old Bailey, creating a distinctive address and entrance situation. A gentle concave curve in the east adds generosity to the otherwise narrow street and culminates in a tall and dramatic elevation that addresses a small square to the south, marks a public right of way and initiates a series of cranked façades that zigzag from east to west across the interior of the block. Along the street, neutral and warm colours harmonise with the Portland stone of the older neighbours.

As a coloured body in a historical context, the urban entity of Two New Ludgate succeeds in establishing a relationship to its surroundings that reconciles conformity with uniqueness. 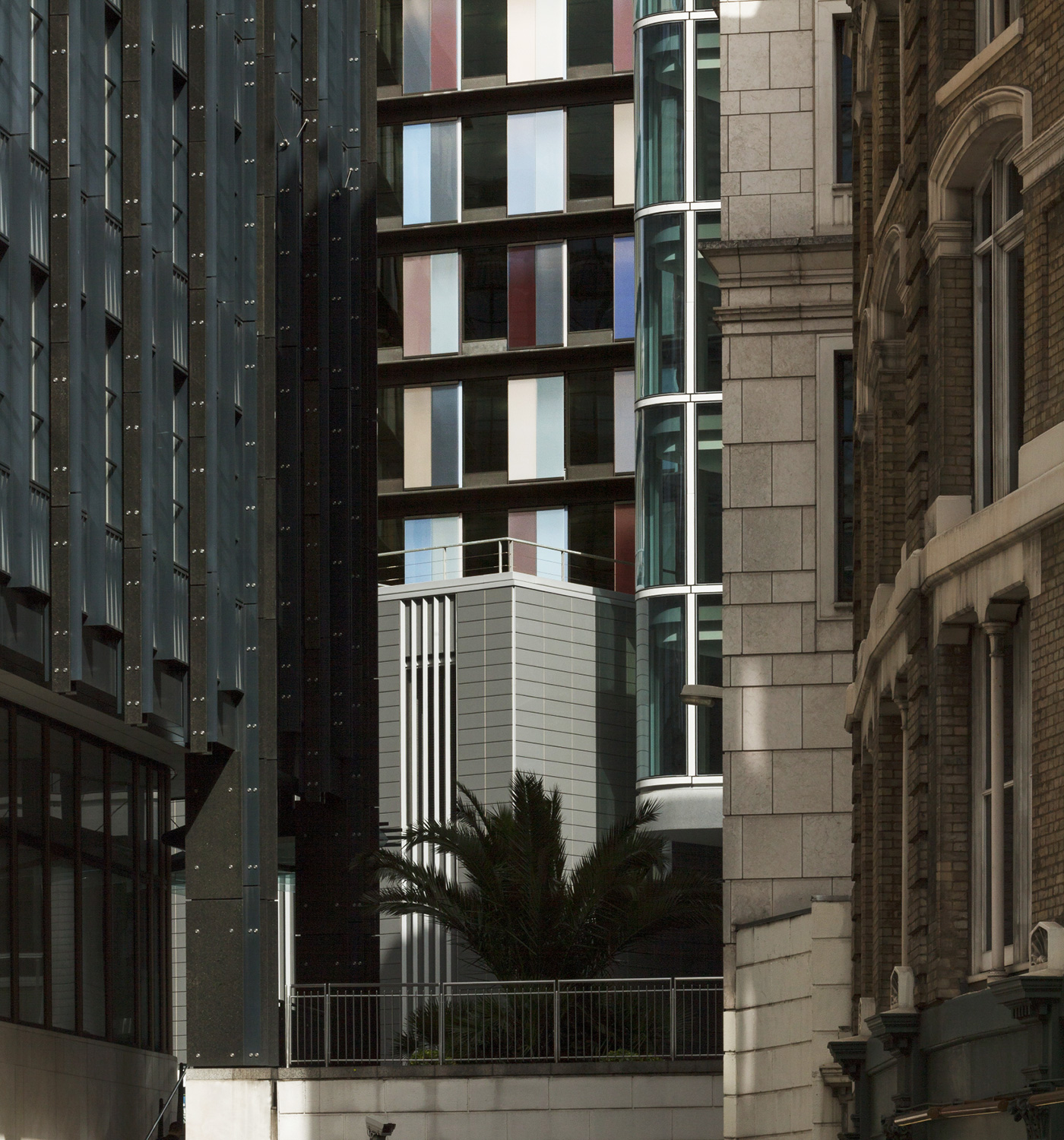 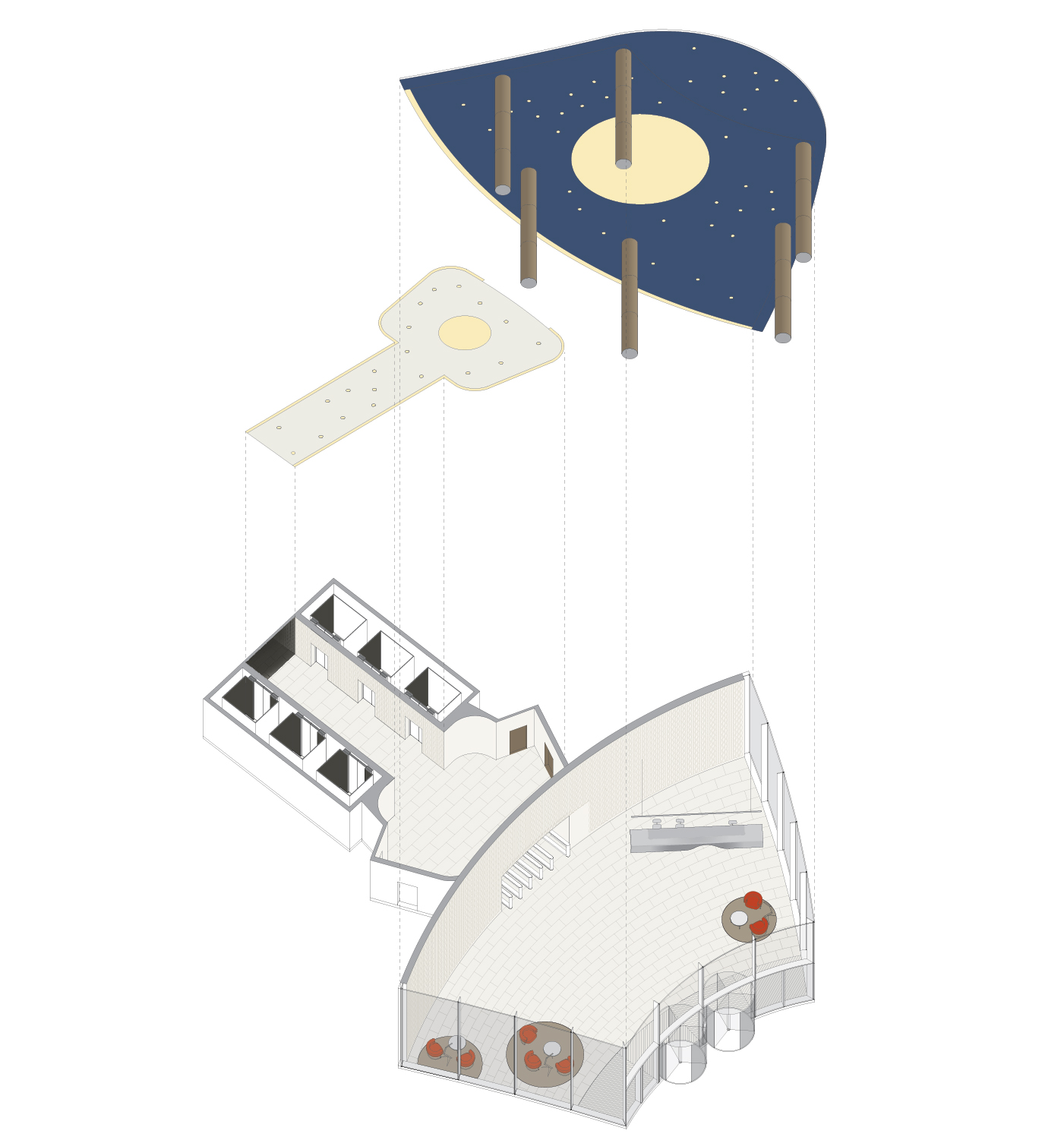 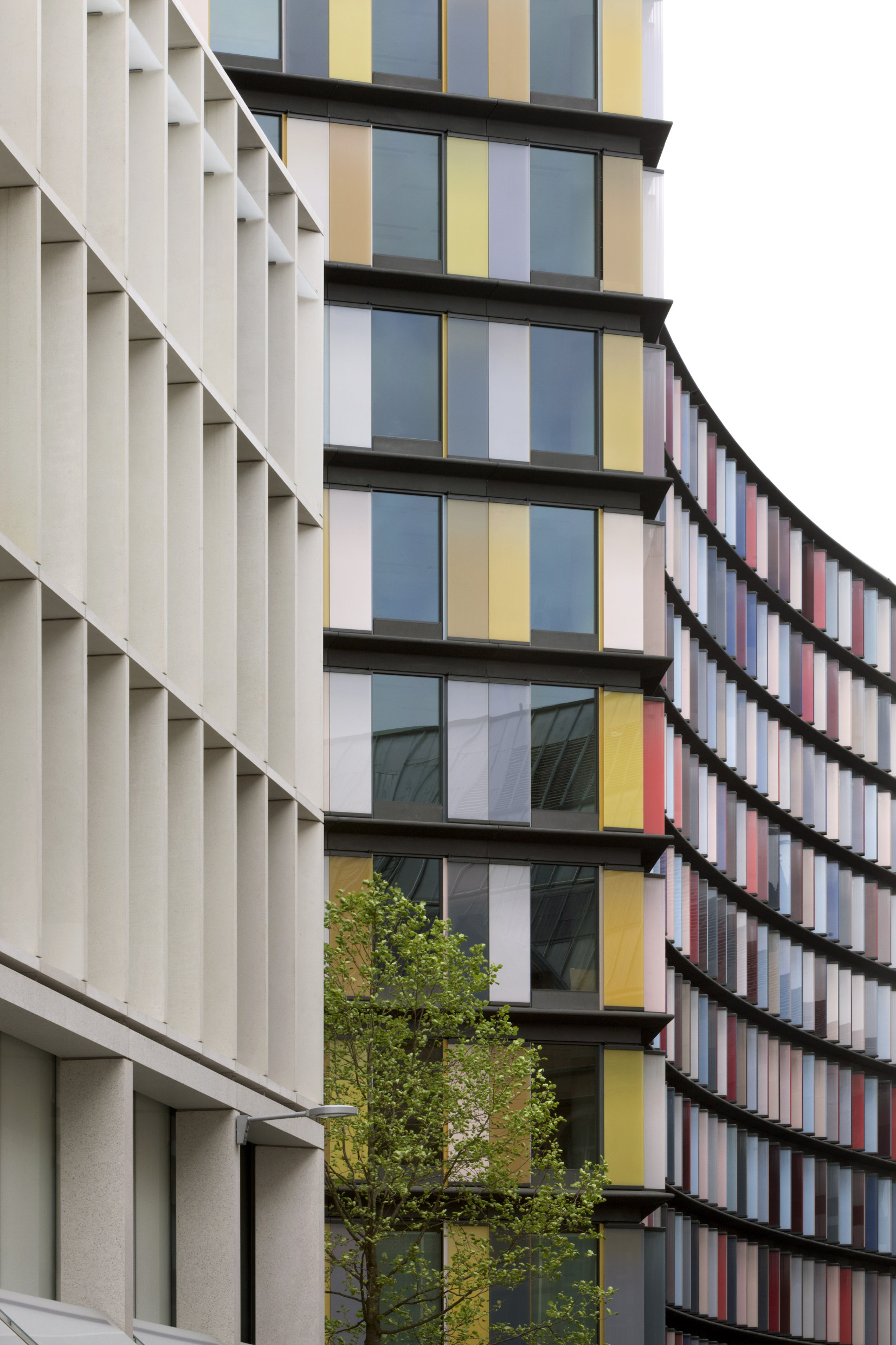 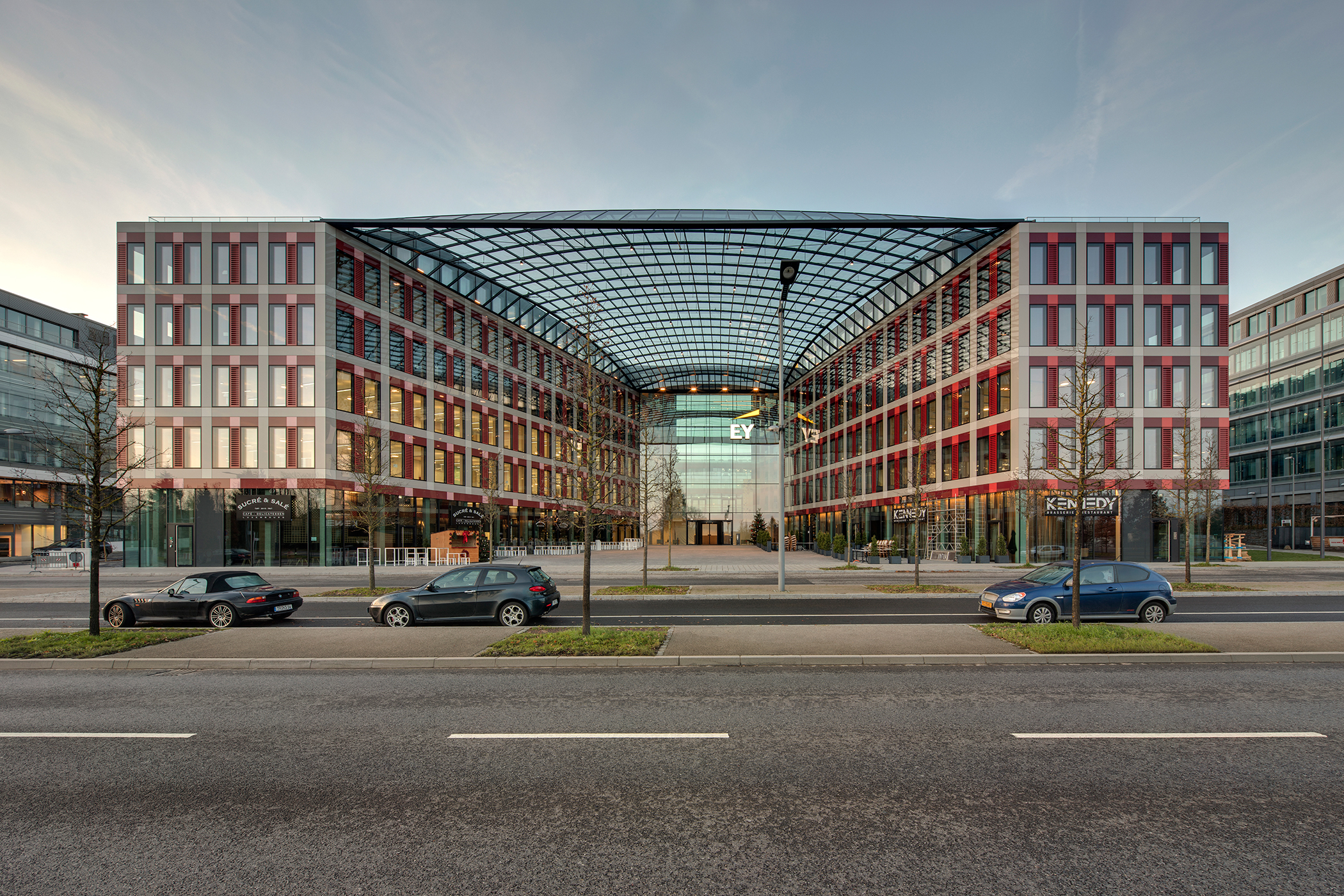 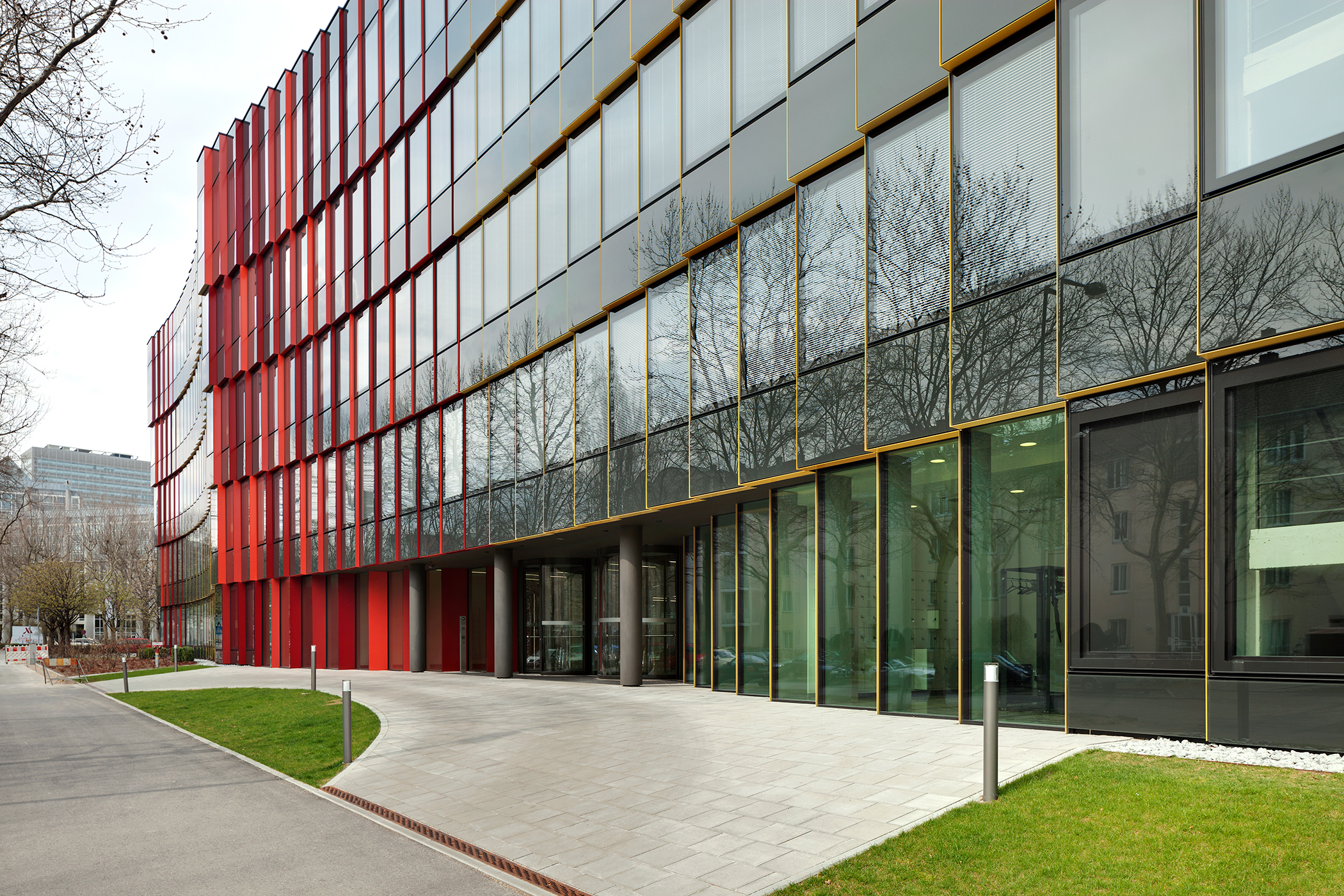 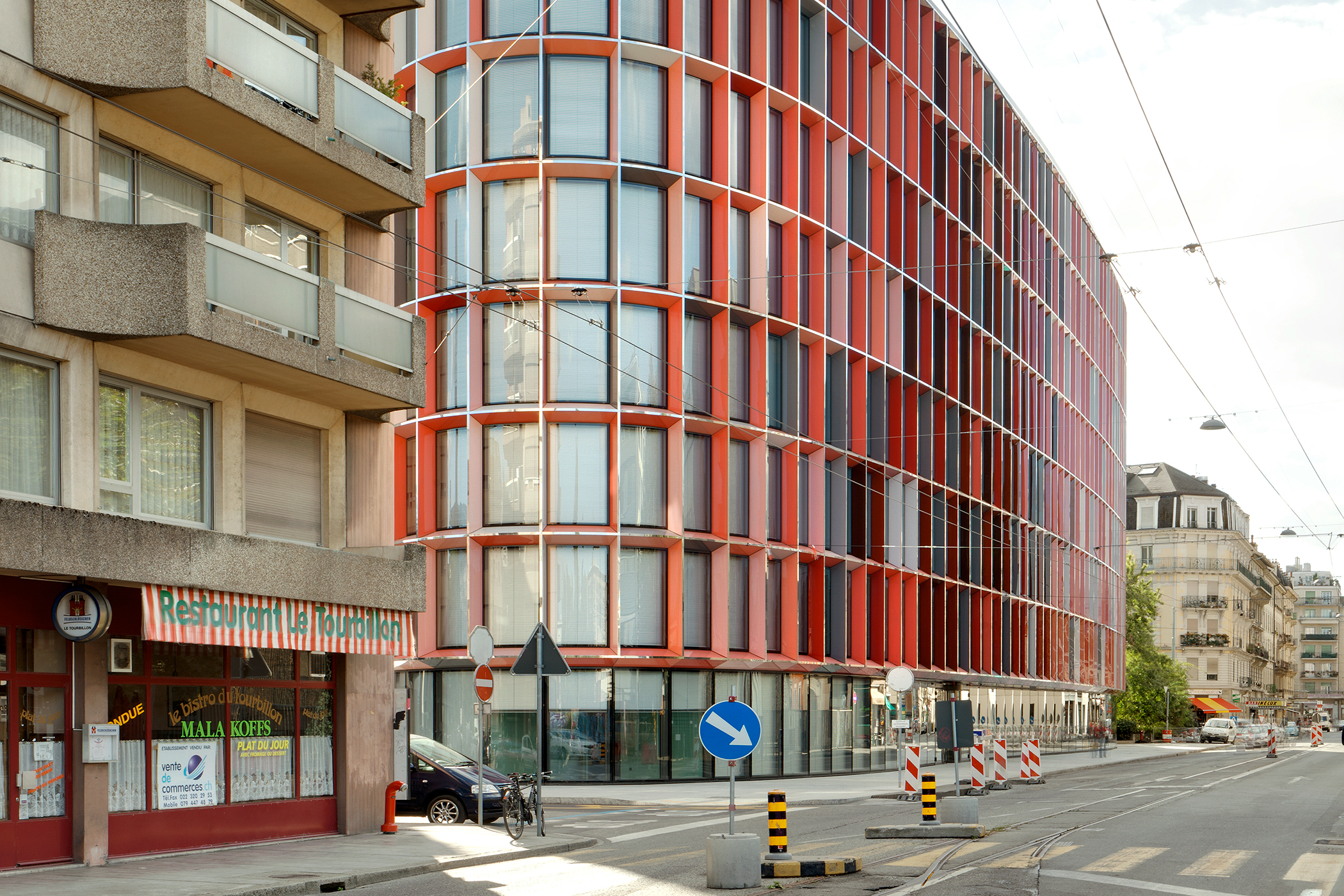